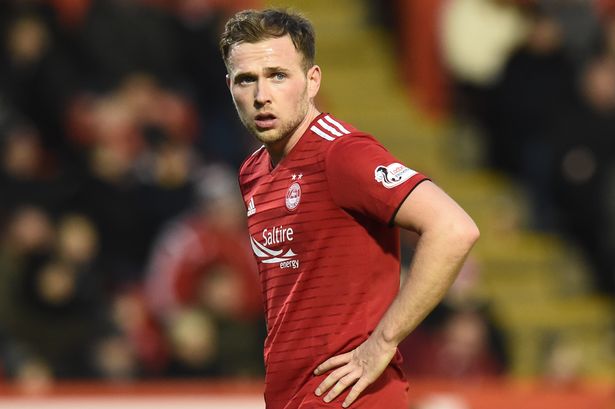 As various sources have attested to, former youth product and current Aberdeen loan from Birmingham City forward Greg Stewart is set to join Rangers in barely two weeks on a three-year deal.

The 29-year old attacker (who can fit a multitude of positions) has been linked with a switch to Ibrox for years. Back in his Dundee days it was a borderline stick on that he was returning home to Govan, only for the talk to dry up and the reported transfer to collapse.

But here we are a few years later and the ex-Killie loanee will finally don (pun not intended) our shirt at long last and turn out in the light blue, in a romantic tale of one of our own coming home.

Much of the talk about this deal is just how good he actually is – bear in mind at 29 and despite plenty of experience in England’s Championship with City he never even managed a call up for the national team far less any caps.

It also wouldn’t be completely unfair though to call Stewart a failure down south – he never scored or assisted in 21 league appearances, but he did infinitely better in the league cup group stage back in Scotland for Dundee the same season, managing an impressive 8 goals and assists in only three matches, admittedly against sides not quite of the calibre of Liverpool.

Yet when we look at his record in the SPL this season, it also makes for impressive reading – 20 goals and assists in 36 appearances technically makes him one of the entire division’s stand out players this campaign, albeit he was a lot less notable for them last time around.

So, if Greg Stewart is peaking late in his career, at 29, it appears it’s Rangers who may just reap the rewards for that.

But, there is a caveat. Stewart does not have his injury troubles to seek either, only just recently having returned from a hip injury – but then on his comeback he scored the winner, so it may just be that his issues are a thing of the past.

Is Greg Stewart Andriy Shevchenko? Probably not. But for a free transfer this utility man who can play up front, wide left, wide right or deeper as a 10 is honestly good for squad depth.

And his record in the SPL this season makes him one of the most productive players in the division these days.

This could well be a much better signing than a lot of Rangers fans fear it is.