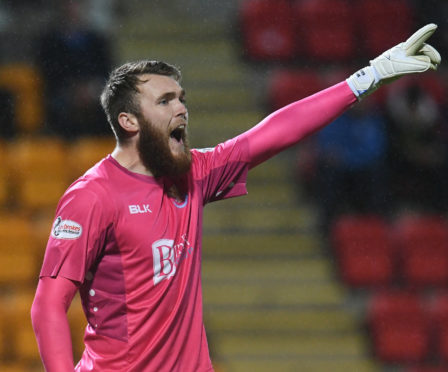 As many Rangers supporters will know, in recent times Steven Gerrard has been linked with a move for St Johnstone’s Zander Clark.

Don’t get us wrong, he’s not a bad keeper, in fact a very good one, but the question on a number of fans’ lips, not least ours, is just why we’d pay around £1M for a backup keeper when we could have another extremely impressive one in Livi’s Liam Kelly, for a fraction of the price.

Tommy Wright’s side have slapped a seven-figure sum on Clark’s head, and the 26 year old, who’s never been called up, incidentally, has an excellent 12 shut outs this league season – more than Kelly, and a major reason the Glasgow-born stopper is in high demand.

St Johnstone top the relegation table by a distance, and Clark is a big part of why, but for how good he is, we’re not sure he’d be interested in playing second fiddle to McGregor for the next few seasons.

That said, would Kelly? He left Rangers to get first team football and he’s been a revelation at Livi, a major reason why they too are miles away from the danger zone at the foot of the table.

But on a pure economics level Kelly, would make more sense.

Many feel Kelly is destined to be McGregor’s successor – ourselves included, in truth. Call us old football romantics.

But we admit Clark has had an outstanding season in a team not a million miles better than Livi and while he’s probably worth the money Tommy Wright is asking, the potential of Kelly, three years his junior, to bloom even more than he is, at a fraction of the price, is a very tempting apple as well.

But, of course, both of them presumably would want the number one shirt. And as long as McGregor is at Ibrox, that’s not happening.

Although it would certainly be handy to go into the Old Firm on Sunday with something a bit better than Wes Foderingham.