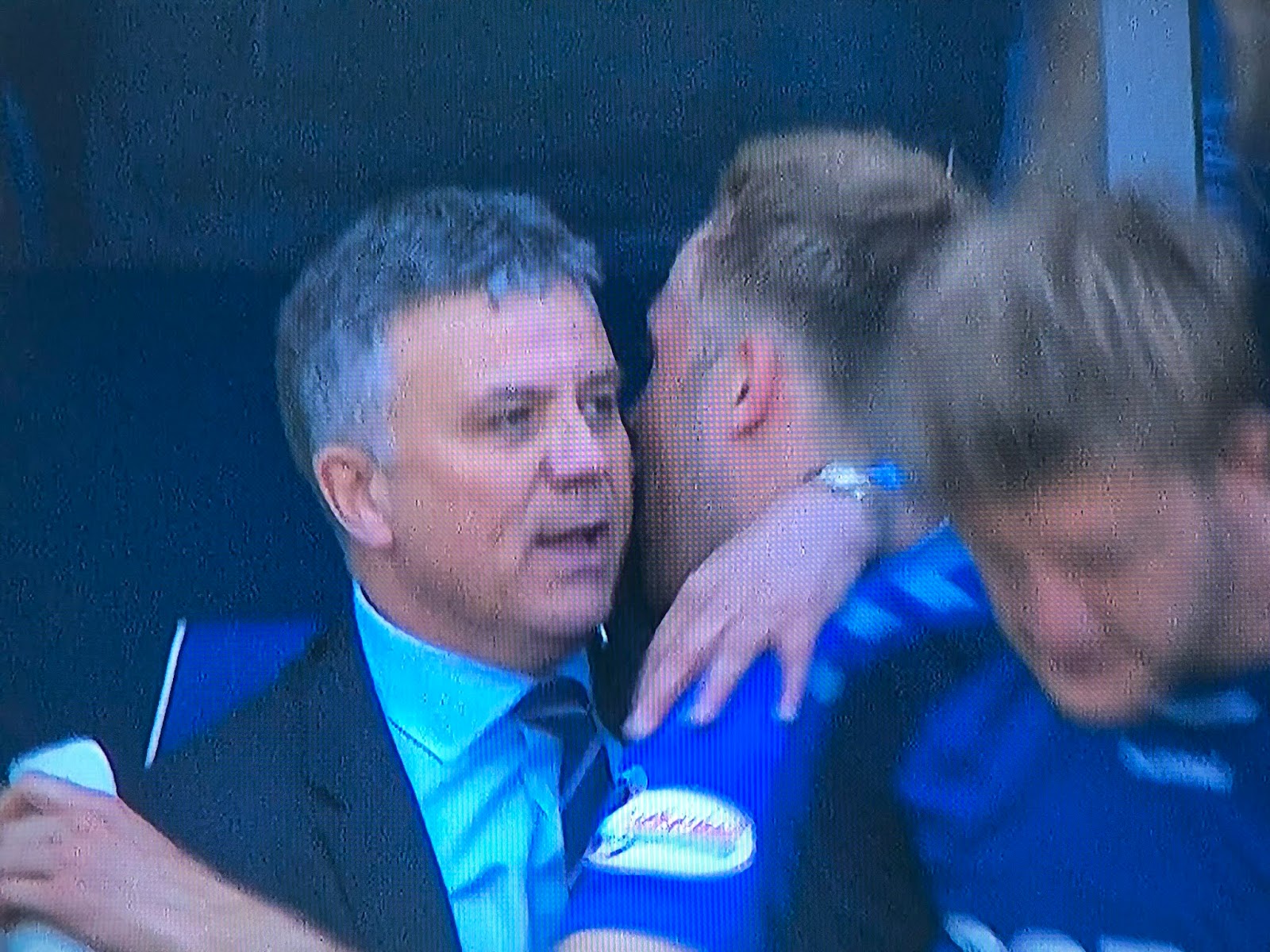 We’ll have full match reaction and analysis for you tomorrow, but after Rangers’ stunning win over Celtic today, the fall out is pretty significant.

And one of the things we noticed hugely at full time was Director of Football Mark Allen’s immediate beeline for MOTM Scott Arfield following a brief confab with manager Steven Gerrard.

Running straight for the midfielder, the former Man City Academy chief spoke at length with the ex-Burnley player, who had a storming match and is a target for a glut of Premier League sides in England this summer.

And with performances like he put in today, his value skyrocketed well beyond the £3M some quote Southampton as bidding for him.

And it’s evident that either Allen wants to protect him and make him stay, or ensure the transfer fee for the 30-year old meets the valuation Rangers have for him.

Arfield, on this performance, is borderline priceless to Rangers, and while it might be ‘hysterical post-match kneejerk emotional reaction’, we would expect a player with his ability, CV, experience, and influence to fetch well beyond £10M, even at his age.

He is worth that kind of cash to Rangers, and Allen knows that – and it’s no shock he was the first man he sought at full time after Steven Gerrard, showing just how important Scott Arfield is for Rangers to get back to where we should be and truly challenge for the title.