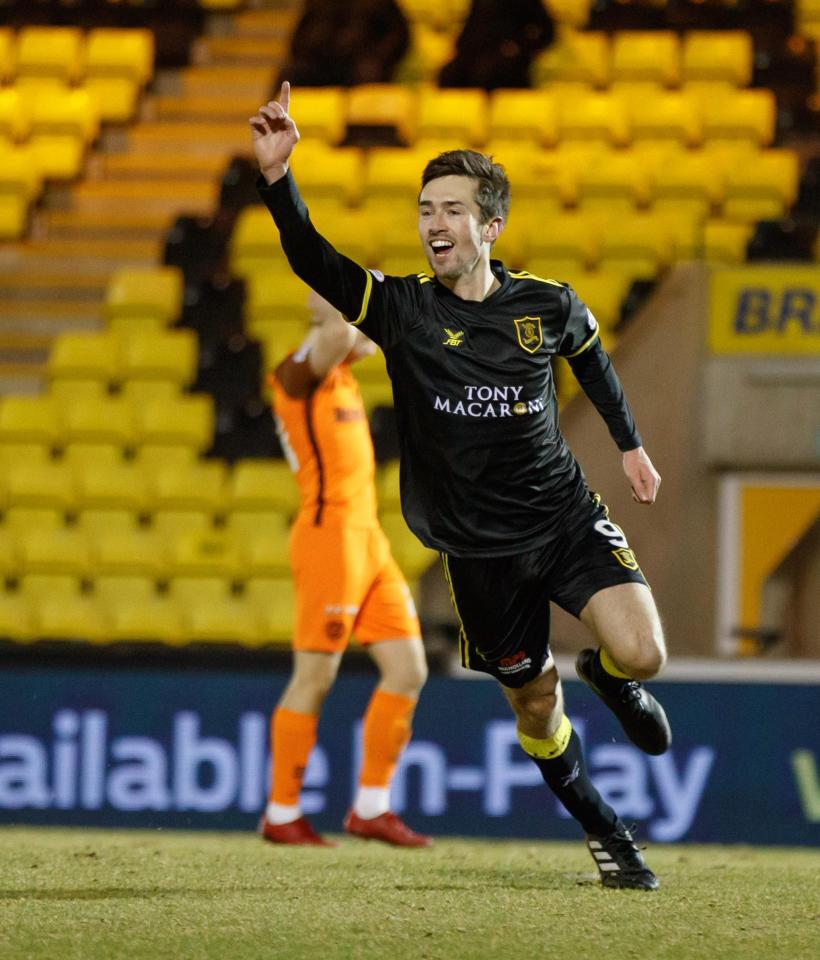 It is most certainly true that Rangers are not endowed with top-quality options up front. Jermain Defoe, while prolific, has limitations, not to mention time, against him, while Kyle Lafferty has been a complete failure and simply not delivered.

That Alfredo Morelos is the only viable remaining option is rather poor given the inevitability of his departure this summer. We will discuss Greg Stewart later, but he’s not an overt striker, but rather a 10.

However, one familiar face came home recently, a face Steven Gerrard is known to think highly of, and as Ryan Hardie’s time at Livi came to an end his return to Govan was not unwelcome.

Described by Gerrard as ‘quality’ for the training camp trip to Malaga, Hardie has rarely had anything like a chance in Rangers’ first team – but continued to deliver at Almondvale under Gary Holt. Indeed 7 goals in 16 SPL appearances in the yellow suggests Hardie is the kind of player who, if given the chance in a side capable of delivering opportunities, can excel.

Of course, Livi are a far more defensive unit than most in the Premiership, so for a young striker like he to deliver not only for a team who play like that but in the SPL itself suggests that bar the weight of the Rangers shirt being too heavy for him (it can be, to better players than he), Hardie has absolutely earned a chance at the first team.

He would be a ‘free transfer’, a potential piece of depth for a problem area or indeed someone capable of pushing for the jersey itself.

But Ibrox Noise, for one, is clear on this – even although Steven Gerrard may disagree, it’s our contention Hardie deserves a shot. Even if he turns out to be not good enough, he has sure earned the right to have a pop at it.

We’ll see if Stevie is in tune with us over the coming weeks/months.