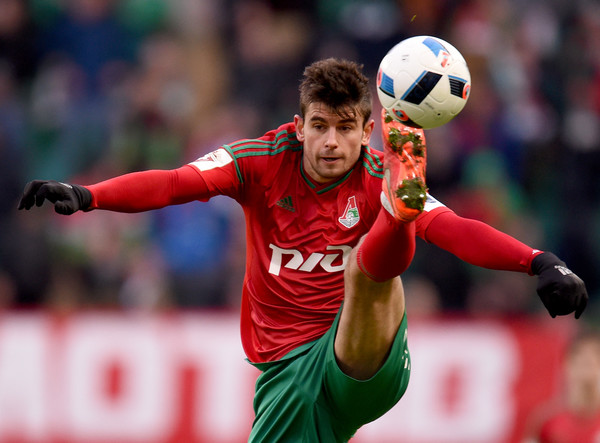 As Rangers fans are well aware, a critical priority this summer is defenders, and, crucially, central ones. With Gareth McAuley and Joe Worrall both moved on, Steven Gerrard literally has two centrebacks he can call on in Nikola Katic and Connor Goldson. Rangers are working on trying to nab Oldham’s George Edmundson, but at only 21, Rangers also need experience and quality in there.

And one such addition which could be very handy for Gerrard to have a look at would be Serbia’s Nemanja Pejcinovic, who we covered in March on Ibrox Noise. The 31-year old CH is currently still a free agent, and can boast a CV of the highest order, ranging from Nice, to Hertha, to Locomotiv Moscow, so while the fallacy of CV can certainly apply to Barton, Senderos and Alves, hopefully on this occasion it’s a precursor to success.

The 6ft 1 stopper remains a free agent, having parted ways from the Chinese Super League as we said before, and his style is very much of the Connor Goldson mould of composed defending and gracefully taking it from the back and pressing play forward.

He’s a Serbian international, with four caps to his name, so he’s played at the highest levels of the game including Germany, France and internationally too, and that’s backed up with a 90% pass rate in over half of his career matches.

The wages for Pejcinovic wouldn’t be astronomical, and it is very surprising he hasn’t yet been picked up by another club looking for an experienced body at the back with ability of the highest level.

If Steven Gerrard seeks a reliable defender with pace, composure and a good brute force capacity as well as the silky stuff, he could do a lot worse than Pejcinovic.