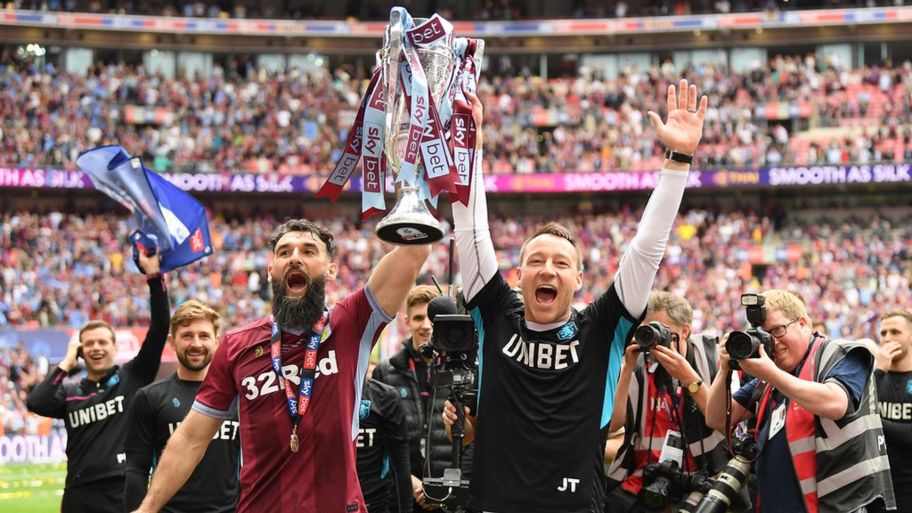 Yesterday afternoon the most valuable match in world football took place. On the face of it, a Championship match between Villa and Derby doesn’t seem that enthralling, but when the prize is unrivalled in football and perhaps in sport in general it makes you take note.

Because, of course, this was the playoff final, to define which side would join Sheffield United and Norwich in the Premier League – and for the victors, a truly bewildering and mind-melting pot of £170M was the initial prize, with a further £130M for remaining up. In short, a potential £300M for 12 successful months of going up and fighting off immediate relegation.

John Terry’s Villa came out on top, and this just gifted the Birmingham giants a giant transfer bonanza for the upcoming season – and not that they needed more cash to afford Ryan Kent, but they now have EPL football to lure him with as well.

In short, if Aston Villa want Ryan Kent, and he wants them, it’s thanks and goodbye to Rangers unfortunately – indicating, if there had been any doubt by this point, the loan offer Steven Gerrard made doesn’t interest Anfield bosses and they’re much happier to sell for a big profit to Villa.

It’s of course a pity that we financed a year of his football development and get no reward for it at the end. Many will say he contributed on the pitch, and that is true, but ultimately not towards anything that mattered in the truly grand scheme of things. No trophies, for example.

He did play a massive role against Celtic – twice in fact. A stunning run and assist in December, and a brilliant solo goal at Parkhead so it’s not like Alfredo Morelos who completely failed against them over two season – Ryan Kent made his mark at Ibrox for sure in one, but it’s a shame that mark will earn Liverpool the profit and not us.

But them’s the way the loan market crumbles. Aston Villa, in one match, gave themselves the kind of money and level Scottish football can’t even dream of. And they just made the Kent deal impossible for Rangers to compete with.