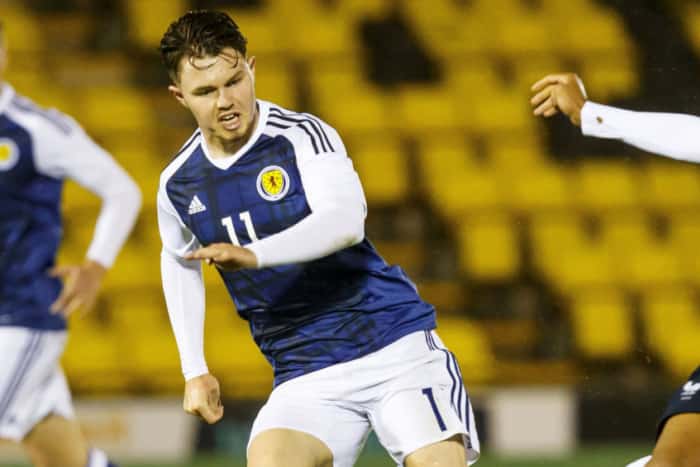 After the Development Squad/Reserve Squad yesterday easily dispatched Old Firm rivals Celtic, we have to look more deeply at the Rangers squad and where it is headed.

Whether at SPL or youth level, beating Celtic is a kind of big deal, and for a Rangers side to rather comfortably do it, whatever the weather, bodes well for the potential.

There are a number of facets we can analyse of this victory, but in this entry we look at Glenn Middleton whose inspired performance and brace gives Steven Gerrard a welcome headache.

As we talked about in a previous entry, the returning Jamie Murphy has his work cut out on that left side with the likes of potentially Kent and Jordan Jones lining up, but with Glenn Middleton’s continuing good shows for the reserves plus unavoidable knocks on Steven Gerrard’s door, the Scottish youth international is staking a huge claim to be more involved next campaign.

Stealing the show against Celtic is a big string to your bow – we all saw how Ryan Kent’s stock went stratospheric when he nailed Celtic at Ibrox, and now another left winger has done the same thing while technically going one better with the two winning goals.

Well, Middleton is our player, and at only 19 (makes you feel old, right?) has the world at his feet even more than Kent does.

We’ve seen the ex-Norwich youth academy graduate produce it on the big stage, we’ve seen him delivering on his potential in a big way, and while he lost his edge a little (and admitted as such) the possibilities for this lad are endless and we’d have to say we put our faith that Steven Gerrard’s management of him has been to his benefit.

We did make a case that perhaps we’d wasted a year developing a Liverpool player for their benefit, when we could have gone with Middleton instead and featured him more, but this way a teenage sensation, producing performances like this against Celtic, is champing at the bit to be involved more significantly next season and will have learned from his mistakes this campaign.

And with goals like his second v the green and white lot, it looks like he has.