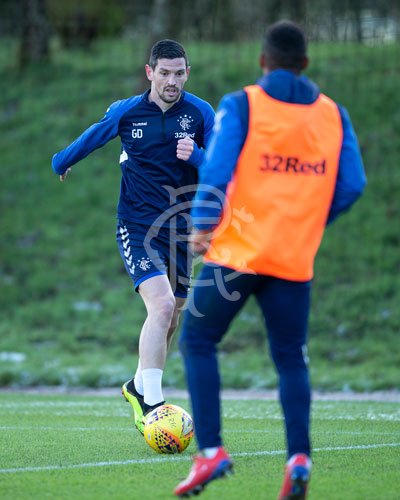 Following various sources, including our own, reporting that attacking midfielder Graham Dorrans’ Rangers future was coming to an end this summer under mutual consent, Steven Gerrard has produced an astonishing rebuttal hinting Dorrans’ return is imminent and implying there may in fact be a place for him at Ibrox next season.

It had been believed due to a succession of injuries and lack of playing time that the former Norwich man’s time at Ibrox was coming to a close and he would be leaving via severance this coming summer.

Some even claimed he was set to retire from the game.

But following his participation in the recent bounce match v Liverpool U23s, Gerrard has confirmed there is a plan in place to get the playmaker back fit again and that he has hopes to integrate the former Scotland international back into the first team.

“Dorrans is repeating training sessions now which is great to see, it’s probably too soon for him at the weekend but we will look to try and get some minutes for him in a reserve game as he has missed a lot of football. He is working very hard and pushing himself.”

The notion of the attacker being touted for the reserves at this point is already a massive about-turn for a player most, ourselves depressingly included, had reluctantly consigned to the scraphead.

A fit and healthy Graham Dorrans is an asset – whether fans would trust him to retain it is another matter however. It may still be he is freed though – because Gerrard trusting him is the biggest question of all.