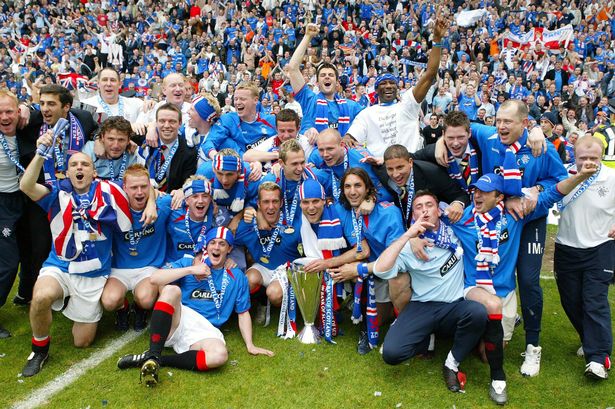 As most Rangers fans will now be aware, our green and white friends slipped up again under the tutelage of Neil Lennon.

His former side Hibs held Lennon’s Celtic today and that’s now the second dropped points for them under his management, in concert with two extremely late shows against Hearts and Dundee.

HS2? It is a long shot but anything is possible.

Obviously Celtic now play all the same sides as us, each other naturally excepted – and while overcoming a nine-point deficit would be a stunningly tall order, crazier things can happen in the SPL, and usually do.

The fact is all is not well at the East – they might be runaway leaders of the league, but ever since Carnlough’s favourite son ditched Parkhead for Leicester, Celtic’s form has been patchy at best.

And with the dressing room leaks curtailing morale too, we have to look at these remaining 12 points for each side with a significant amount of interest.

Celtic have a 9-point gap – they would need to slip up a heck of a lot and Rangers win all four remaining matches, but the fact they’ve already dropped two points to Hibs does open the imagination a little.

We are not being knee jerk here – when Lennon came in we did posit the slim possibility then of a staggering turnaround, and pointed to 2011’s precedent when the loss of one man at Ibrox (Naismith) changed the destiny of the title with a single ACLI.

And that remains the case – the green and whites have been a mile off convincing, and Rangers gave them a half decent fist of it at Parkhead before ultimately succumbing – but this is football where anything can and does happen.

We will be watching the final few weeks of the SPL with extreme interest.