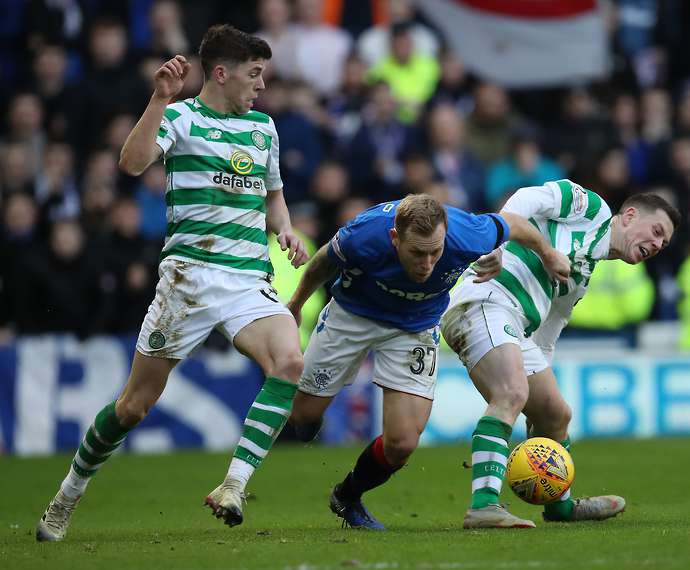 Rangers’ Greg Docherty is back in the limelight after Hibs were reported to be interested in securing him for next season, but perhaps Steven Gerrard has a multimillion plan involving he and Scott Arfield.

As we know, the Canada international is subject to serious interest from PL sides down south, with Southampton being the most notable name so far to be quoted – and while the sum mentioned was a modest £3M, a bidding war will certainly see that value rise significantly.

However, while we love Arfield here at Ibrox Noise, Docherty has been delivering outstanding results in the same position in League One – attacking midfield.

Could Stevie have a plan hatching in his mind to get the colossal profit for Arfield and shift Docherty forward to that position next season as a free and amazingly able replacement?

Naturally Docherty was a DM at Ibrox, and a pretty darn good one, but he’s evolved into a playmaker and goalscorer – just like Arfield. 11 assists to Arfield’s 7, and 10 goals to Arfield’s 11. He’s effectively a younger model now.

Not even us who could be called Arfield’s biggest fanboys (and girls) would object to a massive multimillion pound profit on him while installing Docherty in his slot instead.

Not the worst idea we’ve ever heard…