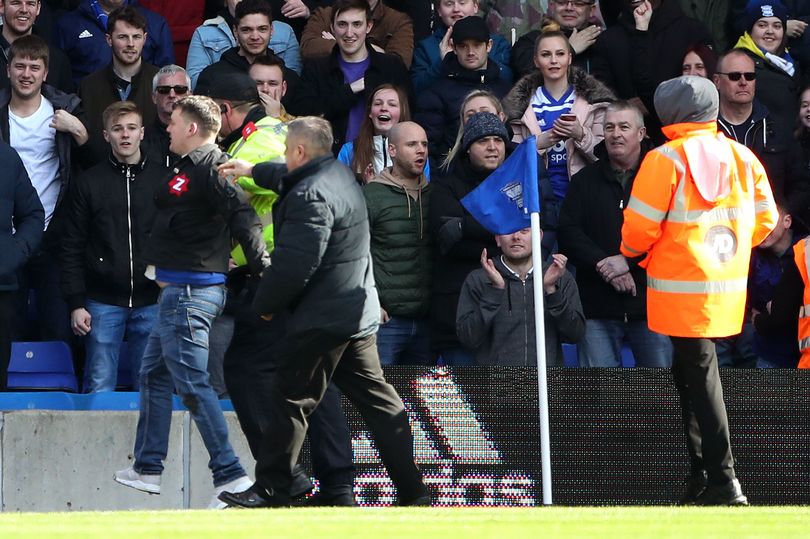 As we know, the disgrace at Easter Road wasn’t the only incident at the weekend – a spate of them marred the football action and took British football back decades.

Social media has melted with outrage and condemnation over these pathetic and dangerous acts – but unfortunately the reaction at the stadiums doesn’t match up.

Fans react in horror on various platforms about what they’re seeing and hearing at these stadiums, by idiots who want to be remembered – but when these idiots are not only NOT being booed by their own fans but actively encouraged, it leaves a deeply sour taste.

The ‘gentleman’ at Birmingham, once apprehended, was sadly applauded and cheered by his own supporters in the corner – having punched Villa’s Grealish, he appeared to be given something of a standing ovation by his own kind.

Meanwhile at Easter Road a heck of a lot of fans appeared to cheerlead the moron who leaped onto the pitch as well.

How exactly can we react with condemnation with a straight face when many of the ones doing so were at the stadium giving the fools their backing?

We alluded earlier to how supporters require responsibility on their part – well, a big part of that responsibility is not to gee up their moronic minority during an incident like this – supporters are supposed to be vigilant and help security forces with their job.

Sadly, though, the ‘Lee Wallace is a grass’ jibe, while nonsense, sums up the problem in doing that.

Doing the right thing costs, but doing nothing at all may cost even more.