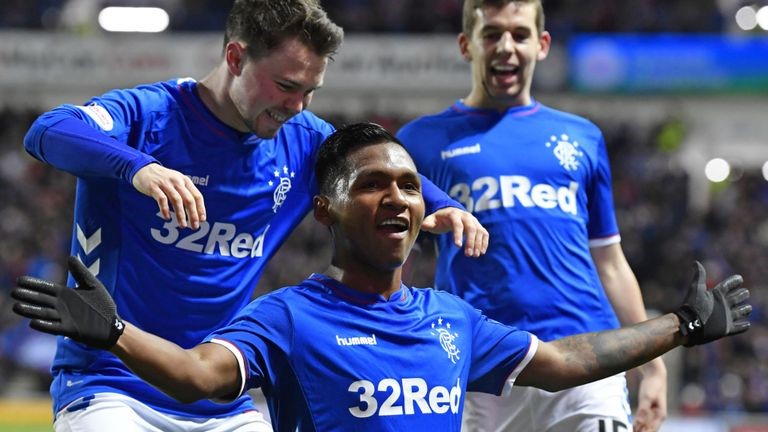 A draw with St Johnstone at Ibrox Stadium can be quite damaging to
Gerrard’s team.
In addition to the usual expectations of a spectacular and high-quality
game with a positive outcome for the Rangers, this match had other curious
circumstances to it. While the British press was closely following the two
Scottish giants during the winter transfer window, Michael O’Halloran
unexpectedly returned to the camp of the saints, while the club also got Sean
Goss to play for them until the end of the season. Last year the duo defended
the colours of the jersey, and now it was on the other side of the barricades,
which added was quite interesting, since it is always fascinating how the
players will show themselves against their former teams, especially when this
happens for the first time.
https://talksport.com/ is the best online source of information about the Scottish
Premiership. Be sure to give it a visit and become their regular visitor.
On weekdays, representatives from Edmiston Drive fought desperately with
the disciplinary commission of the Scottish Football Association but eventually
failed on all fronts. At first, Kilmarnock’s midfielder Alan Power was not
punished for hitting Ryan Jack, and then the SFA rejected the team’s appeal to
disqualify Allan McGregor, who, according to officials, deliberately spiked the
legs of young Lewis Ferguson from Aberdeen in the infamous match of the 25th
championship round at Pittodrie.
As a result, the experienced goalkeeper will
not help his partners in the upcoming match against Tommy Wright’s squad and their
match against Kilmarnock in the 1/8 of the cup.
The troubles, as they say, don’t come alone, because in the process of
preparing for the game at Ibrox the coaching staff of Steven Gerrard suddenly
had serious personnel problems in the attacking line. Due to the
disqualification of the Colombian player Morelos, Lafferty and Defoe became the
main striking force for the next three matches, but their participation was
suddenly in doubt because of their injuries. There are also lots of
speculations and rumors on players’ personal lives. If you find yourself in a
similar situation, then be sure to check out this dating site where lots of Russian girls are waiting for you online. Fortunately, everything worked out for Defoe and Lafferty and
at the last moment as both players managed to recover from their injuries.
The hosts began the match extremely unconvincingly, over and over again
made mistakes in the simplest of situations, they were noticeably nervous.
After 10 minutes, the unruly situation began to change for the better, and the
enemy’s obstinacy gradually subsided, but it did not bring dividends. There
weren’t that many strikes towards Cammy Bell; it seemed like all of that
nervousness got up to the attackers of Rangers.
In the second half, “Jersey” noticeably increased their onslaught, but just
as in the first half, something was constantly missing. The guests feverishly
defended their goal, and in 20 minutes before the final whistle they’ve opened up
and increased their aggression, this way they’ve created two great
opportunities to score a goal. In the first case, the brilliant save by
Foderingham saved Rangers from trouble, then Alston hit the post, who had come
out shortly before to replace Goss. Rangers continued their raids on their
enemy’s goal, and the final whistle of referee McLean caught them in the middle
of an attack.
Be sure to keep up with all of the
latest news, match previews, articles, transfer news and everything else that
has to do with the Rangers FC by visiting https://rangersfcnews.com/.
The illogical draw (2: 2) of Ranger’s
closest pursuer (that being Aberdeen) with the hopeless outsider of “Saint-Mirren”
wasn’t that promising as well, and meanwhile the Celts will hold their match of
the current tour away on Sunday against “Kilmarnock” and if they win, they will
increase their lead to a catastrophic 8 points.
Ladbrokes Premiership / 26 tour
“Rangers” 0-0 “St. Johnstone”
Rangers: Foderingham, Tavernier, Goldson, Worroll, Barisic, McCrorie (Kulibali
’76), Davis (Middleton’ 59), Kamara, Candeias (Lafferty ’68), Kent, Defoe
St.
Johnston: Bell, Tanser, Foster, Shaughnessy,
Kerr, Goss (Alston ’71), Wotherspoon (Callahan’ 88), Davidson, Craig, Kennedy
(Swanson ’80), Kane
Referee
– Stephen Macklin
Glasgow / Ibrox Stadium – 49.549
spectators.