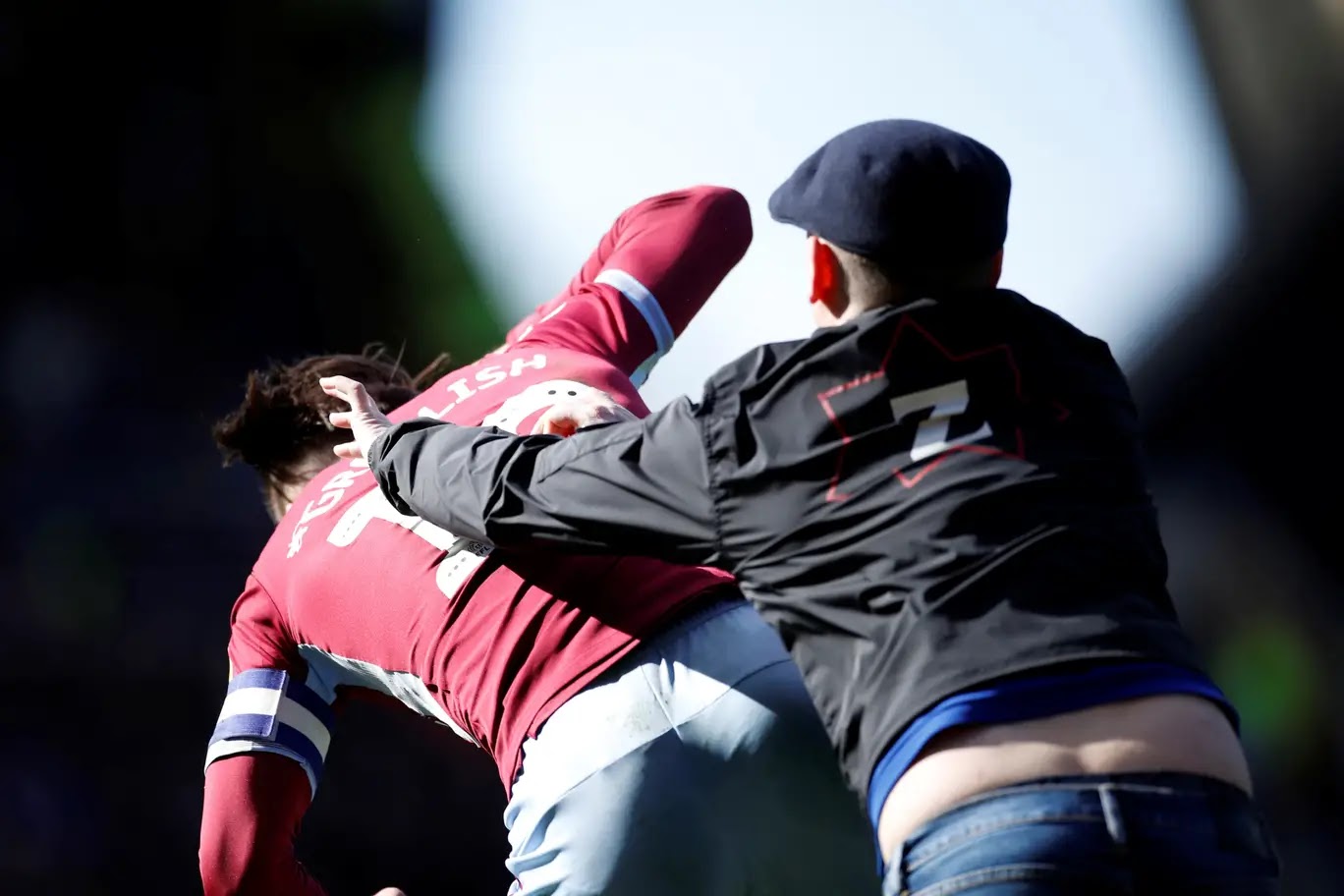 On Friday night, Rangers captain James Tavernier was attacked on the pitch by a moronic Hibs ‘fan’ who was arrested and charged.

Today, Aston Villa’s Jack Grealish was attacked by an even bigger idiot in Birmingham who was similarly arrested and charge.

Today’s incident saw an FA and EFL statement within minutes of the appalling incident in England’s second tier – condemning it in the strongest possible terms.

Friday’s incident in Scotland has FINALLY had a statement released today, but only by the SPFL who had previously been too busy bigging up a Chris Sutton goal against Rangers from two decades ago to bother saying a word about Friday’s disgrace.

So, it took two days for one of Scotland’s authorities to say a word about the scenes at Easter Road, while England’s main two jointly castigated events at Birmingham within minutes.

Anyone else seeing the problem here?

It’s taking pundits, players and club chiefs to actually round on moments of insanity like this, while our game’s authorities sit on their thumbs, idling before bothering to do anything.

If ever the SPFL and SFA proved themselves unfit for purpose, it’s this.