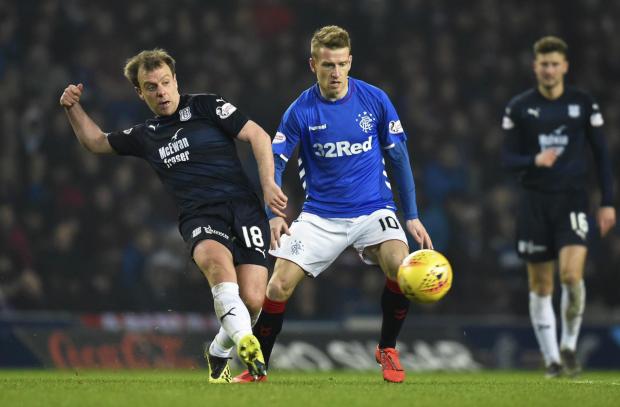 Rangers manager Steven Gerrard admitted last night Steven Davis has effectively been a disappointment and the 34-year old midfielder needs to do more to become a regular fixture in the first team.

After Ibrox Noise brought you the story yesterday that Davis was not selected v Aberdeen purely on personal choice by the manager, Stevie went one further and agreed with our assertions that Davis needs to deliver more if he’s to become a major player for this team.

“I’ve had quite a few conversations with Steven since he arrived. He needs to keep pushing, keep fighting, keep earning the right to get an opportunity. Listen, no-one can knock on my door and say they haven’t had a fair crack at the whip. Sometimes it comes down to individuals to analyse their situation, self-reflect and basically find the answers to any questions themselves. I’ve got no doubts that if we get the best Steven Davis, there will be game-time and opportunities for him in the short, medium and long-term. Maybe we will just need to be a bit more patient and build his fitness up and build his confidence up. I’m sure being out of the frame at Southampton this season would have affected his mental thinking and also his physical condition.”

Even more tellingly Gerrard alludes to the possibility Davis has simply lost confidence and physical condition, being out of Southampton’s team.

In all fairness this is generous – a seasoned pro like he should not allow a cold spell in football to wreck his ability and confidence – Jermain Defoe, two years his senior, has already scored quite a few in Scotland and shown himself to have retained his confidence and ability, even if he’ll never be a pinned-on first-team starter, and he barely played a second last season. So that one doesn’t really wash.

But we think this is wise management from Gerrard – being a bit softer on Davis and treating him with slightly kid gloves.

But he’ll need to negotiate a lot of better players if he’s to get a foothold in Rangers’ first team.