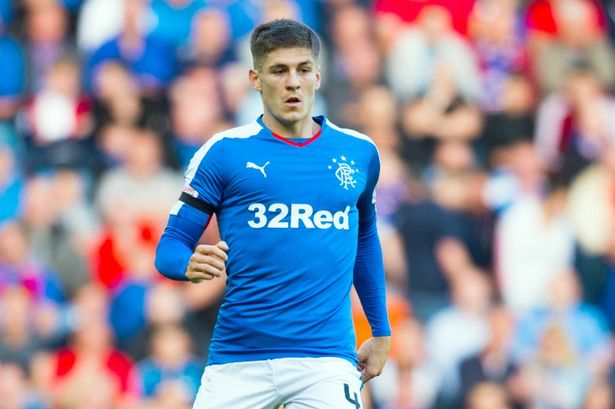 Rangers fans might not necessarily remember former defender Rob Kiernan with an overly-abundant amount of fondness, but the 6ft defender recently returned from one of the worst injury hells we’ve seen following an 18-month absence with a knee injury and surgery.

While few supporters of an Ibrox persuasion necessarily place him among Gough and Butcher, nevertheless most decent supporters of the game (an increasingly uncommon occurrence these days) would be happy to see him back in action.

The-now 28 year old switched to then-Phil Brown’s Southend United in summer 2017, but immediately sustained a chronic knee injury which has lost him over a year and a half of his career, with current rehabilitation taking it closer to two, and the ex-Wigan man only just finally appeared for the club’s U23s late last month.

While we can’t exactly say we ‘dodged a bullet’ here given the lad was clearly never good enough for Rangers and a blind man could see it, he didn’t exactly do anything wrong as a Ranger in terms of his conduct, and like Danny Wilson before him was extremely unfairly scapegoated for all that went wrong under Mark Warburton.

He said of his nightmare:

“It was a dark time and sometimes I didn’t think it was ever going to get better. I thought I might have to pack the boots away and find a different career. But all I ever asked was for no pain and hopefully we can crack on now. It’s a dark place and I don’t want to go back there because it wasn’t nice. It’s made me stronger but there are lots of boys in there on the same journeys and it’s hard. You think you’re nearly there then you break down and it’s tough. There’s anxiety involved and definitely depression. You don’t really know where to turn but you have to listen to people who can help you and I’ve had phone calls from across the world.”

Kiernan is and always was a decent sort – he did Rangers a turn in the Championship and for a wee while in Spring 2016 he actually played a good part in Rangers’ temporarily improved defence. So it’s not all bad memories we have of him.

We wish him well, and hope he’s back playing for the Shrimpers soon.