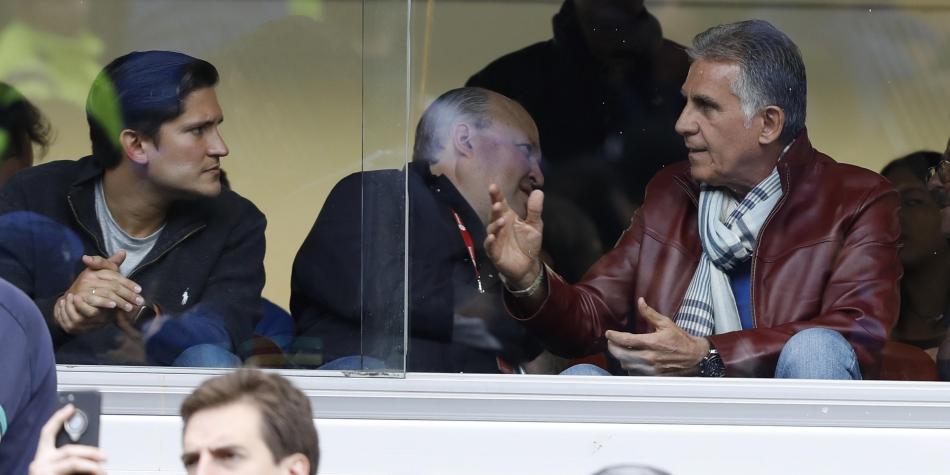 Despite his recently unconvincing form (his belting goal v Killie was his first this month in four matches) Alfredo Morelos nevertheless earned himself a second call up to Colombia, after the hype over the decision and the doubts on the player’s part that he’d get the nod.

And that simple decision by national manager Carlos Queiroz may just have earned Rangers a few extra million this summer.

Despite the fact the Coffee Men’s upcoming matches are just friendlies, international caps at Morelos’ age are worth their weight in gold, especially for a team with the strength of Colombia up front.

Morelos has the likes of James, Falcao, Zapata, Muriel et al for company, and to make that elite crew was some doing – despite, as mentioned, that questionable recent form.

Every chance the former United assistant coach (thankfully) took in Rangers’ match v Killie, and saw Morelos’ predatory instincts come to life with that stunning equaliser, and that earned the former Helsinki star a massive chance at the national team again.

And that decision on Queiroz’ part has surely boosted Morelos’ value, as would an appearance or two, and a goal, or two.

The Colombian is dead set on leaving – although he clearly (we hope) will give this club everything till the end of the season – and with a batch of elite clubs now linked to him, not only could there be that aforementioned bidding war we have alluded to in recent weeks, but with the NT manager giving him the call, his value boosts further.

One can only imagine what a goal or two for Colombia would do for it as well.