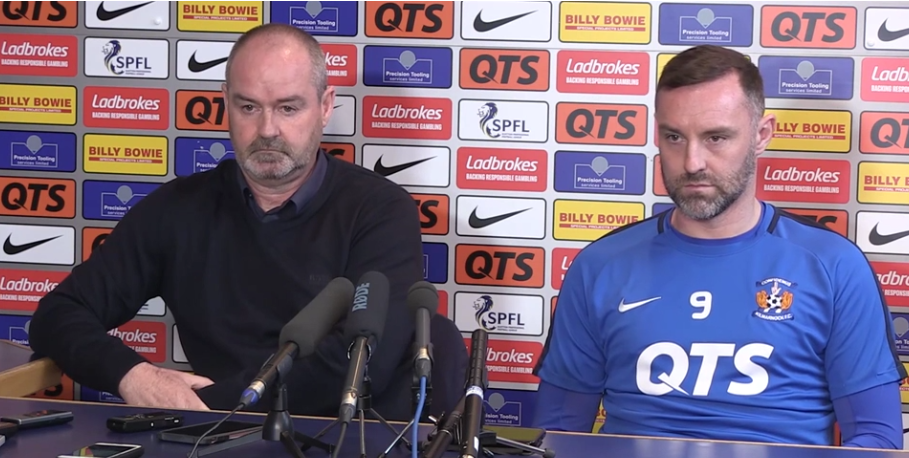 In yet another ‘twist’ to the whole story (and we hope this is the last damn time we talk about this) Steve Clarke has today denied any affiliation to Celtic and Rangers by stating he has zero interest in either club and can only assume the link with Parkhead has arisen due to his being a catholic raised in the west coast of Scotland.

Once again, the acute condemnation seems to only have applied generally and at the abuse he got personally rather than taking explicit time to utterly oppose what happened to Kris Boyd last weekend, even if he managed to put on the united front by carrying his presser out in the company of the veteran striker.

“I have no connection with Celtic or Rangers, the only part that I can see is that I was brought up as a Catholic in the West coast of Scotland but that shouldn’t be an issue in this day and age. Why is that an issue. I’m definitely not a f*****.”

And yet equally the Killie boss has finally apologised to journalist Craig Swan who reported he’d been approached by Rangers in the 80s, something the ex-Chelsea coach previously denied.

Why would he deny this?

It all just gets stranger and stranger.