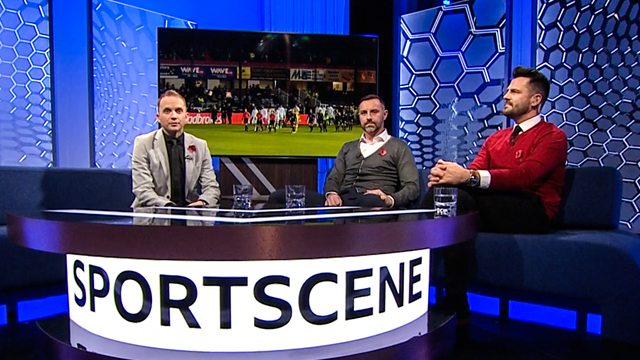 Rangers have had a surprise defence launched in their favour from an unlikely source – the BBC.

Following Daniel Bachmann’s red card in the cup at Ibrox, controversy raged over the legitimacy of the decision. From the initial angles even we couldn’t quite tell ourselves.

However, BBC Sportscene, of all sources, came to the ‘rescue’ and produced an angle which clearly showed Bachmann striking Glen Kamara, whether accidentally or not, and the good old Been confirmed it was a stone wall red card.

So in your view Bachmann doesn’t near enough elbow his eye out 😂? There is more force in that than Morelos “stamp” on McKenna pic.twitter.com/gpgF9zUeg3

Admittedly it was ex-striker Steven Thompson who defended the decision, and another of Rangers’ great friends Michael Stewart who debated it, but nevertheless it’s the BBC who provided the definitive answer.

And there you have it.