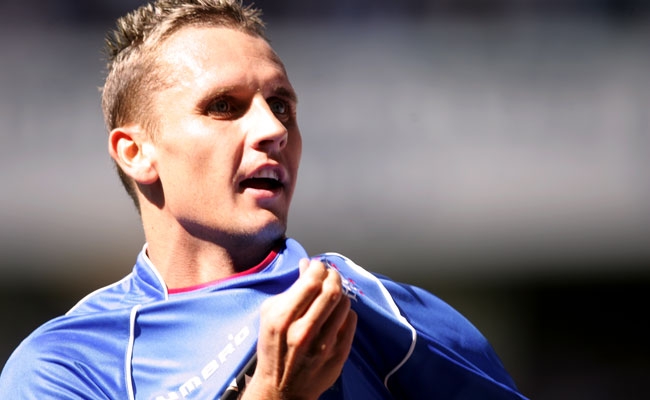 Rangers’ youth coach Peter Lovenkrands has failed to rule out a move away from Ibrox after the Danish ex-striker was linked the past week with a move home to Nordsjaelland admitting it was an honour to be mentioned on the shortlist for the job.

The ex-Newcastle and Schalke forward came back to Auchenhowie in a coaching capacity along with a number of ex-players over the past couple of years, but while admitting he’s very happy in his current job, the idea of being number one is something he cannot rule out.

“It’s very new. Just speculation and rumours at the moment. Yes I’ve been put into a group of candidates and I’m very proud to be put into that group and be part of that. I’ve not heard anything further than that, I don’t know what’s going to happen but at the moment I love being at Rangers and doing what I do. Until I know anything else that’s what I’m focusing on at the moment. I’m really really proud to be in consideration for it.”

In short, if Lovenkrands gets an offer from the Danish side he would very likely take them up on it – understandable really – ex players go into youth coaching looking to learn their trade and gain a promotion – our own Steven Gerrard did the same and Lovenkrands will be looking for that kind of inspiration and lead.

The ex-hitman could barely contain his pride in the link, and struggled to contain his enthusiasm for the potential job, so Rangers may well be looking at a reshuffle in the near future at Auchenhowie if an offer does indeed arrive.