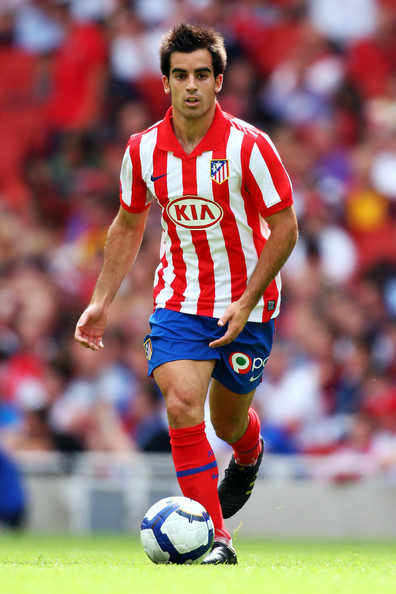 As we alluded to yesterday, Steven Gerrard has been persisting with a curious and ill-fitting diamond formation in recent weeks, all to accommodate the improving Jermain Defoe in concert with Alfredo Morelos.

However, as we also discussed, Graham Dorrans aside, Gerrard lacks a single convincing number 10 player to play behind the forwards, with a few inappropriate contenders being tried and not working out.

Stevie failed to sign anyone in the window for that position which was odd, but now that January is well behind us there are still gems to be had if Gerrard was really to take the formation seriously – and equally, the lack of attacking midfielders in the side has become a serious issue of contention.

If Gerrard really wants to get in an attacking midfielder who won’t cost the earth and who’s available now, ex-Atletico Madrid attacker Jose Manuel Jurado could be an excellent fit having become a free agent last month.

The 32-year old Spaniard came through the ranks at Real Madrid, and became one of the rare few to make the cross-city switch in 2006 when he moved to the Calderon where he made well over a hundred appearances over four seasons.

The ex-Watford man obviously also has experience of the EPL, as well as spells in Russia and Germany – so we’re talking about a player with exceptional levels of experience and not too old that he’s ‘washed up’.

Wages might be an issue given his CV, and the fact he most recently plied his trade in the financially flowing Middle East, but if that could be ratified in line with the club coffers, he could be a very shrewd acquisition.

In terms of the type of player, he is mainly behind the strikers as the aforementioned 10, but can operate wide, mainly on the left, and is known for his elegance on the ball but tenacity to always work hard and use his body well.

And using that sense of guile would be essential in the SPL, but given he can handle far better leagues than Scotland’s finest, we suspect he might be able to adapt to our division.

We’re outside the window now, and we badly need creativity behind the attack. Jurado is one possible solution to this issue.