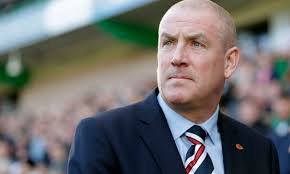 Every so often it does seem like Mark Warburton pops out of the shadows, and Rangers’ infamous ex-manager is back in town, having given Si Ferry an interview, in which frankly he said very little new in truth, but did allude to something which has been a subject of contention previously.

Talking about the manner of his departure, it was widely reported as his resignation – subsequent months and years have blurred the reality and left the outcome a mystery, the resort of conspiracy theories, claims and counter claims.

However Warburton may have let slip what really happened in 2017 without necessarily meaning to.

“You leave…[pause]… well, you have to leave…yeah, disappointed. Obviously not going to expand too much on that…but from my point of view you would never walk away from a football club like Rangers, ever.”

Why not? Why ‘obviously not going to’? The only reason Mark Warburton appears to refuse to discuss the exact nature of his exit is the signing of an NDA. Warburton has nothing to gain by not revealing the nature of why he left, unless he’s legally bound by an NDA and can’t.

And if he’s legally bound, it does suggest the former Brentford manager was indeed sacked, as he alludes to.

However, there is a further contradiction here too;

“No contact with any other club, at the time I found out via Sky Sports News.”

If Warburton was indeed fired, and refuses to discuss the details, based on an NDA, then he already knew he’d been fired and the SSN claim is lip service – perhaps economical with the truth in suggesting the first time he found out it was public was via SSN.

If he didn’t sign an NDA, and was fired, there is absolutely nothing holding him back from revealing the nitty gritty. After all, he’s clearly stated he did not resign.

So there is a lie somewhere in here, because his story isn’t consistent.

As we said before, any grudge we might have had in the past over his exit is well and truly over now anyway – we never thought him a bad man, but he definitely told a few porkies while in the hotseat at Ibrox and finding the truth from his public testimony now is equally as difficult.