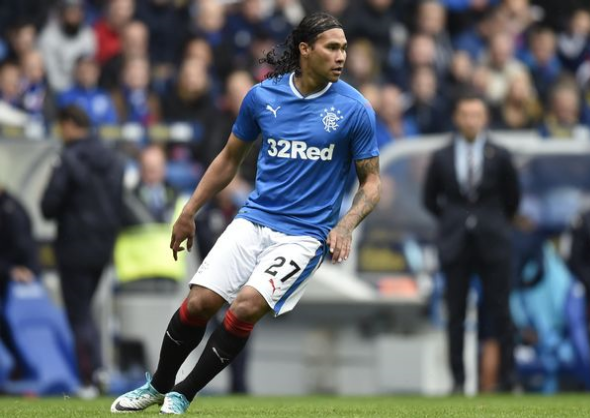 Confusion reigns over Rangers flop Carlos Pena’s imminent move to Polish second division side GKS Tychy after conflicting reports over the nature of the deal emerged.

According to certain sources, Pena’s deal at Ibrox has already been severed be it by firing (unlikely) or mutual consent (quite possible) but others claim the switch to Poland is just yet another loan for the former Mexico international.

It’s an astonishing fall from grace for the 28-year old who came to Ibrox amidst much fanfare over the price tag (which varies from £2M to £3.2M depending on who you believe) and the fact he was a Mexico international, but whose unsuitability for Scottish football became apparent fairly quickly, before the emergence of his alcohol problem surfaced too.

Two failed loans back in Mexico followed and now his fall from grace appears complete as the attacking midfielder is now resorting to second division football in a country already hardly finished with a lavish Premier League as it is.

Quite honestly it’s a shame to think about Pena’s deterioration. Sure, he wiped his nose on our shirt which was as inexplicable as it was disgraceful, but the man appears to have deep deep mental problems and probably needs help more than anything else.

Perhaps a gritty move to Poland and some grass roots football is almost exactly what he needs to sober himself up and get his life and career back on track.

Never know, he might one day be ready to play for Rangers again.