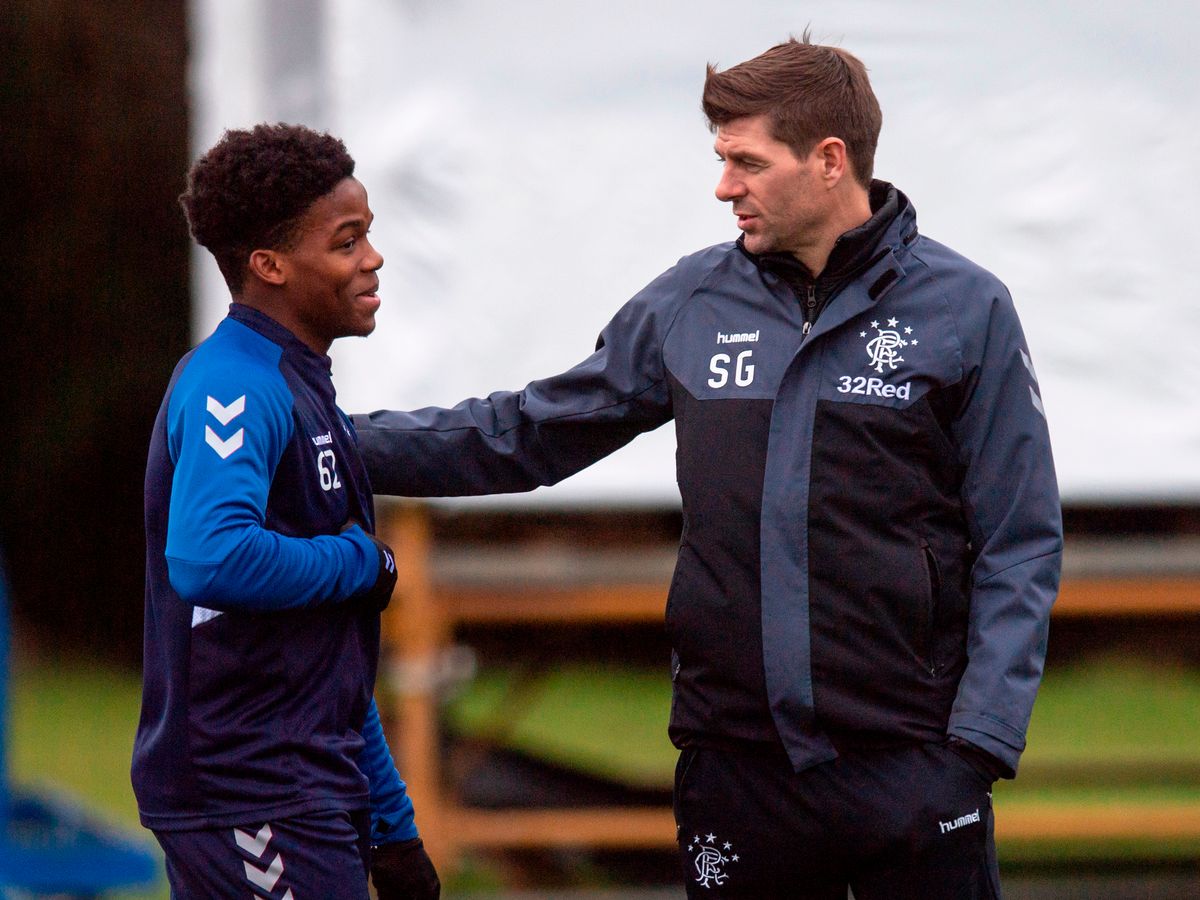 So as every Bear knows, Rangers have a colossal striker crisis for today’s visit of St Johnstone. Alfredo Morelos is of course banned, Kyle Lafferty has a tight hamstring and Jermain Defoe has a calf strain, leaving emergency measures by way of recalling Scotland youth striker Dapo Mebude.

The 17-year old is the only current recognised number 9 definitely available, but manager Steven Gerrard has seemingly confirmed he will not start the match against Tommy Wright’s men, stating:

“I think he’s got a huge future. He’s got huge potential. He’s probably not ready to be thrown into the deep end just yet but I think he’d certainly be ready for a cameo.”

Which means despite his recall, it’s for options on the bench and not a starting debut. If, that is, we’re to take Gerrard’s word about deep ends literally.

Which, ultimately, means Rangers have no recognised striker at all for today to start the match, meaning a dramatic reshuffle at the top and the near-certainty Ryan Kent will be the main goalscorer assuming neither Lafferty nor Defoe do indeed make it.

It’s these kind of situations Gerrard really earns his corn – suspensions and injury crises which require dramatic alterations – he can just be glad he’s up against a team in probably the worst form in the SPL at present.

Certainly a lively build up to say the least.