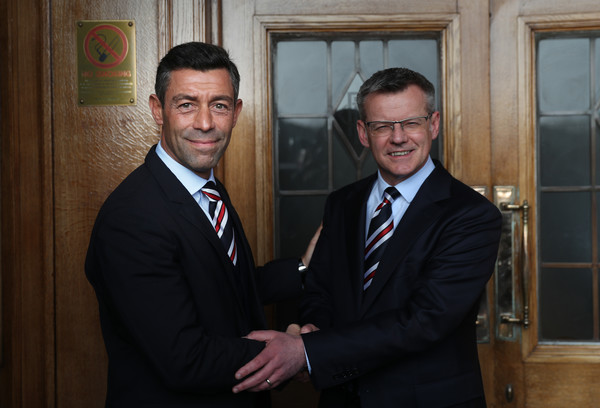 So Rangers have finally confirmed Carlos Pena is no longer a Rangers player. Not even announced as mutual consent, the deal has been terminated without any fuss, the player reported to be in talks with a Polish second division side.

The biggest frustration is the loss of up to £3.2M on the fee Pedro Caixinha paid for the player’s ‘services’ (extremely loose use of the word) and now once again a Latin signing is freed from his deal and free to sign up to any club who wants him, presumably for a fat cheque.

Stewart Robertson was the main driver behind the appointment of Pedro, the ‘outstanding’ candidate, and has been recently rewarded with a pay rise.

Looking at the damage his pupil did makes for painful reading – the millions lost thanks to his appalling appointment:

£8.5M absolutely wasted investing in the vision of a terrible appointment – and that is money Rangers cannot afford to lose.

The only cash well spent was the £800,000 on Alfredo Morelos (A JJ signing) – even Ryan Jack was a free and information is he wasn’t a Pedro signing either.

The Pedro debacle is just that – a debacle, one Robertson has never been accountable for and yet gets a pay rise.

That summer set us back at least one year, and while we now appear slowly to be getting back on track, Carlos Pena in one name is the epitome of wasted spending, poor accountability, and bad decisions.