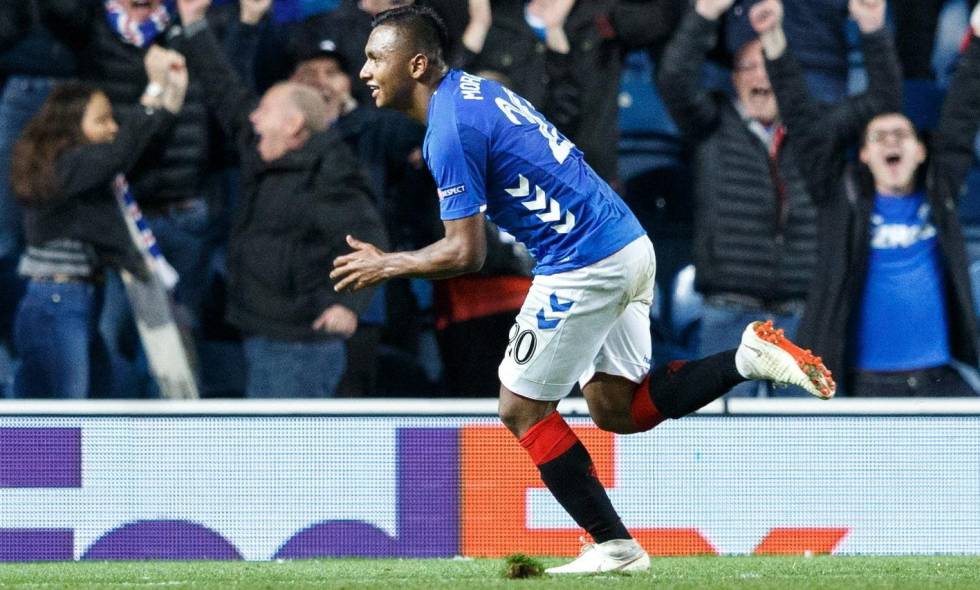 Following three windows in a row where Rangers had to fend off bids or speculated bids for star striker Alfredo Morelos, the 22-year old Colombian hitman has for the first time suggested he might actually be happy to stay at Ibrox for the foreseeable future.

The ex-HJK man, currently serving a three-match ban for violent conduct, has praised Rangers and Glasgow vividly for the first time since arriving in Govan in 2017, and dropped a major hint that he might actually be content with remaining at Ibrox for some time yet.

In an interview back home, the striker said:

“I am the top scorer in the league with 15 goals and I am very happy at Rangers. It took me a lot longer to adjust to playing in Finland with HJK Helsinki than it did when I arrived in Scotland. The snow was a surprise in Finland, but in Glasgow I feel very comfortable. There are great restaurants here and the people are friendly.”

For those who don’t know, Morelos is settled with his wife Yesenia here, and while his earlier protestations about seeing his future in England still resonate loudly, it does seem that the boy is starting to grow up just a little off the pitch now.

Of course, on it he really needs to curb that tempestuousness a touch to avoid falling foul of Scotland’s appalling referees, but either way, it seems Alfredo Morelos is happy to scoff tonnes more tapas in Glasgow for a while yet.