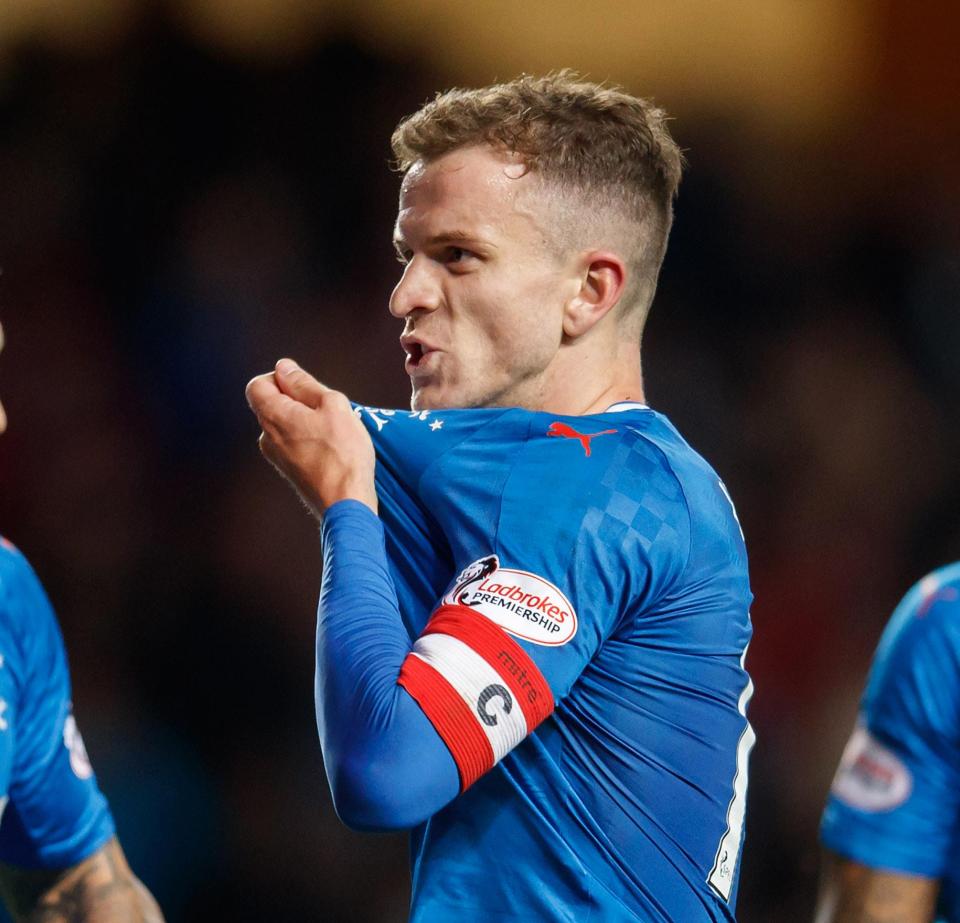 There is no question a lot went right at Tony Macaroni yesterday for Rangers. Sure, it wasn’t a stellar display but it was good enough and got a vital job done, aided and abetted by a return to the working system which so clinically destroyed Celtic a month ago.

However, one man will feel distinctly hard done by as a result of the changes yesterday, and we have to express a significant deal of sympathy for him, and praise for his general conduct.

Andy Halliday found himself inexplicably dropped to the bench, where the previously unfavoured Borna Barisic, who had done little professionally-wise to merit a selection, took his place at left back.

While the Croat went on to have a pretty decent match, Halliday will be justified at feeling more than a touch short-changed to have been benched, given the impressive performances he’s delivered at LB, not least of course against Celtic.

He was even one of our better players against Kilmarnock, not that this is saying much, but there is little doubt Halliday had justified his place, even in the face of the competition from a Croat international.

A number of fans even considered he was our first choice now, regardless of the summer signing from Osijek, but Gerrard’s ruthless dropping of him to the bench yesterday really was unexpected and clinical.

Was it the right call? Barisic played well, yes, and that left foot is extraordinary, but we can’t help feeling we’d have preferred Halliday to have been dropped when he actually deserved to be. If you’re playing well, in form, and contributing enough to justify your place, does it send out the right message to be ditched in favour of a player your manager publicly castigated only a few days earlier?

Ultimately it worked – Stevie’s veiled threats towards Barisic clearly worked and he probably is now our first choice left back – we have no issue with a Croat international with one of the best left pegs in the SPL being our main choice at LB.

We just do think Halliday deserved a little better than to be so unceremoniously dumped.

One thing we’re certainly learning about Gerrard’s management – he can be extremely ruthless. He’s been brutal towards Cummings, Docherty, Windass, Katic, and Lafferty to name just five – and he has the mental strength to stand by his convictions, however clinical they are.

As long as it is to the benefit of the team we shall not grumble, but on a sentimental level, Halliday can certainly feel a touch aggrieved. But we’re sure he’ll cope with it as long as the results justify Stevie’s actions.