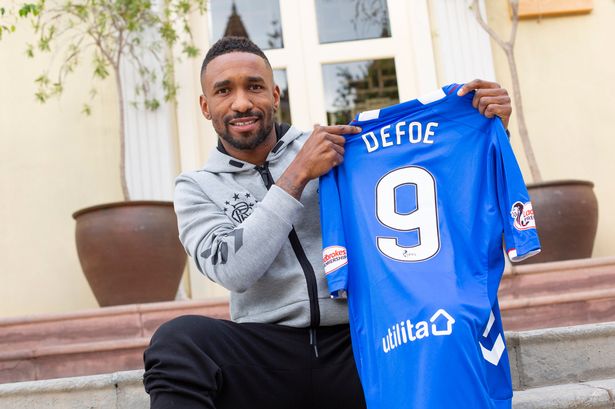 Steven Gerrard has dropped his strongest hint yet that a partnership of Jermain Defoe and Alfredo Morelos is to be his main choice of formation and the days of one up top may be on their way out, or at least a secondary option moving forward.

Speaking after today’s friendly win over HJK, Gerrard slightly contradicted his Thursday presser in which he said Steven Davis and Jermain Defoe would be involved ‘at some point’ by admitting in fact today both of them were going to start that match instead.

Which of course confirms, coupled with the fact they both started this afternoon along with Morelos that Gerrard’s main formation choice does appear now to be 4-4-2.

We did posit the conundrum of how exactly Stevie would accommodate Defoe given his preference for one up top and the presence of star player Alfredo Morelos – well we appear to have an answer now.

Of course slack is given to the notion that formation can be fluid and Gerrard won’t hardline stick to one formation every match regardless of available personnel and opponent system, so we are by no means suggesting Rangers are now 4-4-2 and that’s that.

And there were claims that today’s formation was actually 4-3-3, but we’re not really sure how Morelos and Defoe can play together in that shape.

But Stevie’s concession both new signings would have started at the weekend as well as the reality both started today does force the conclusion that Morelos will now have a new buddy to help take the weight off his back and more often than not they’ll be doing it together.

Unless, that is, something changes.