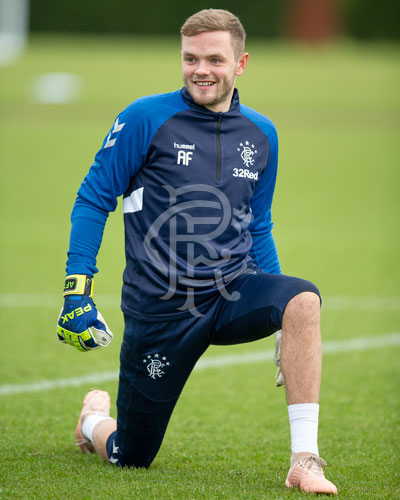 The weekend’s training session at Auchenhowie has now been and gone, and there are a number of intriguing and key subplots from who was there and who wasn’t.

Ibrox Noise takes you through what things we learned from the latest workout at the Hummel Training Centre:

1: Lee Wallace’s continued prominence. You know, for a player frozen out, Wallace ain’t half been a massive focal point of all training sessions this year. Hugely featured in Tenerife, he was again a massive part of Gerrard’s latest session and we really are starting to wonder if he’s going to get a reprieve.

2: Because while Borna Barisic was there, Stevie’s recent comments on him have been far from positive and his absence from Killie told a thousand tales. We wonder if Wallace’s greater involvement is indeed an implied threat to Barisic.

3: Jordan Rossiter continues to work hard in training – he’s seeking a move out and Stevie has confirmed his agent is doing his best to find him the right club on loan, but the ex-Liverpool anchor man keeps on doing what he’s doing in training. Professional to a fault.

4: But there were two massive absences through injury – Connor Goldson continues to struggle with a painful knock, while Eros Grezda badly did his leg in Tenerife. One of those two is a particularly notable miss.

5: New goalkeeper Andy Firth was also in attendance, looking proud as punch with his new gig. With all due respect, Barrow to Rangers is quite a hike!

6: And last but not least NZ’s Stefan Marinovic was still going through his paces – the Kiwi is on a week-long trial, despite the signing of Firth, and seeks a permanent deal. Some may have thought he’d gone as a result of Firth, but Gerrard still seeks to make Marinovic his number two.