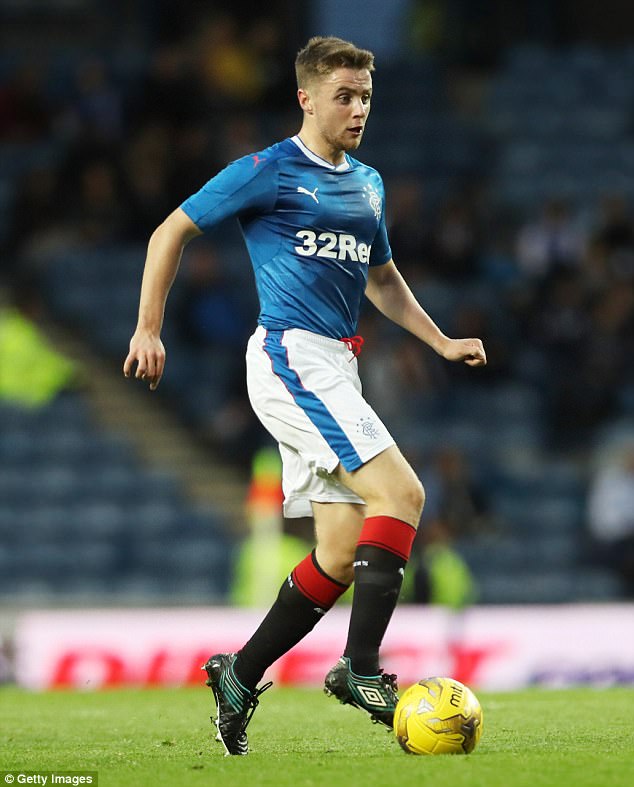 We have to admit a state of bewilderment here at Ibrox Noise – we knew of Dundee United, Sunderland and Motherwell’s reported interest in Jordan Rossiter but for the anchor man’s loan fate to end up being at lowly League Two Bury (with all due respect) really is a very odd move (despite their current position).

We’ve strangely begun a bit of a partnership with the Gigg Lane side – from the summer friendly, to giving them Jamie Barjonas for a spell (he hardly played, it wasn’t much of a productive loan) and now lending them a truly excellent midfielder in Rossiter, we do wonder where it all came from.

But it’s Rossiter’s imminent time down there which perplexes us the most – and we mean no offence to Ryan Lowe’s team, but he’s better than that, by miles.

Jamie Barjonas didn’t get much from his period there, and we can’t see an infinitely superior player who will instantly be by a gulf the best player in the division learning much either.

Sure, it’s competitive football and League Two is not abysmal – but if we want our players to develop, improve, and keep their edge, sending them to a team who are a tonne below their own level isn’t the best idea, in our view.

Stevie knows best, we get it – he’s forgotten more about football than we’ll ever know. But for all of the other significant fringe players to go out and get League One at least makes us wonder why Rossiter ended up a league lower.

The one thing he gets is fitness. And a sustained run at first team football. He deserves no less.