Home Rangers Is it the end of the Ibrox road for former captain? 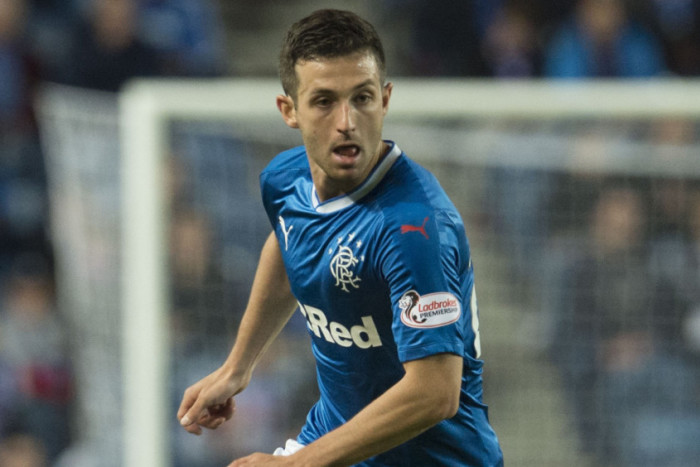 Rangers have sent a lot of players out on loan in recent times, and one midfielder who struggled to cope with the step up from Championship to SPL was Jason Holt.

Previously an absolute fan-favourite, Holt lost a lot of favour in the SPL as supporters slowly started to recognise his limitations and began wondering why on earth Pedro Caixinha then Graeme Murty played him over Greg Docherty from January last year onwards.

As it turns out, both got dumped for loan purposes by new manager Steven Gerrard, but while we were disappointed to see Docherty go out, Holt not so much.

But just how is he doing down south under the management of Joey Barton at Fleetwood?

Well, he’s been a near ever-present in League One, with only a handful of absences, and his position has changed too. Previously a bit of a box-to-box midfielder, with a touch of attacking midfielder about him, Barton has deployed him as CM and DM exclusively, and while this has naturally curbed his previous attacking instincts, it must also be remembered he played that position at Ibrox towards the end of his time in Govan to reasonable effect. While wearing the armband.

And Barton is obviously happy enough with his performances in that slot to keep him in the side so frequently, because we’re not exactly talking a youngster who needs development!

But Steven Gerrard, having signed Steven Davis and Glen Kamara for midfield on top of the pile we already have, may just have made his decision already on Holt.

Is Holt good enough for Rangers? It’s a flat no at this point. But guess what – we said exactly the same about Andy Halliday and the utility man has been heavily used under Gerrard. Whether that’s an indictment on Stevie’s managerial nous or a glowing appraisal of Halliday improving under the Anfield legend is not overly clear, but it does show that even the most seemingly underwhelming players can still play a big role at Ibrox.

However, the caveat to Halliday’s situation is he fills in at left back where Flanagan has struggled, Barisic has been injured and Wallace is not in the picture, realistically.

In midfield he surely now wouldn’t have a shout of a place with the quality of player available to the manager.

As for Holt – he’s done solidly in League One – played plenty, and keeping up the sharpness at a good competitive level, but we can’t truly see him being considered for the first team squad at Ibrox when his loan is over this summer.