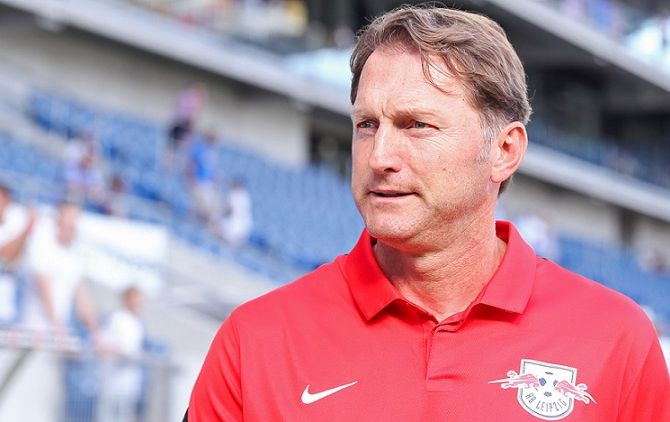 As fans are only too well aware, Steven Davis is on the verge of returning to Rangers after a six-year absence, with the former captain and NI international set to clinch a deal to confirm his place back at Ibrox.

However, something barely covered is Southampton’s role in this transfer. Some outlets have alleged it may actually be a loan, but the information we have is it’s a release of contract and a free agency.

It was evident to Davis that under new manager Ralph Hasenhüttl he was not going to play much, if at all, simply not being part of the new man’s plans.

However, Hasenhüttl’s (and Southampton’s)role in seemingly helping Davis and Rangers cannot be understated.

Sure, the midfielder is surplus at St Mary’s and 34 now, but he remains a high-quality performer who can still deliver at the top levels for both club and country, and his imminently former Austrian manager’s aid in not standing in his way and allowing him, in concert with the powers-that-be at Southampton, to move on ‘free of charge’ is frankly a decent gesture and a very strong possibility of a growing relationship between the two clubs.

Whatever happened in the past with Davis’ exit to Southampton in the first place, Hasenhüttl is helping the St Mary’s side and Davis himself more than redeem it, and by asking for no fee and simply letting him rip up his Southampton deal, it enhances friendship between Rangers and the Saints.

Even if the deal is a loan, it’s something the St Mary’s side and Hasenhüttl didn’t have to do – but they seem to be giving Davis some loyalty after his six+ years service to them, and Rangers a free player who will absolutely enhance the quality available at Gerrard’s disposal.

Everything about this transaction smacks of assisting Rangers:

From Southampton’s willing to let Davis go for free, to their helping him himself do so, to Davis taking a gigantic paycut in order to allow Rangers to afford him – it all suggests everyone involved wants to help Rangers get a fine player as easily as possible without much ‘faffing’.

He should clinch the deal over the next 48 hours at the most, but either way, we have to commend Southampton for their conduct over this whole thing.