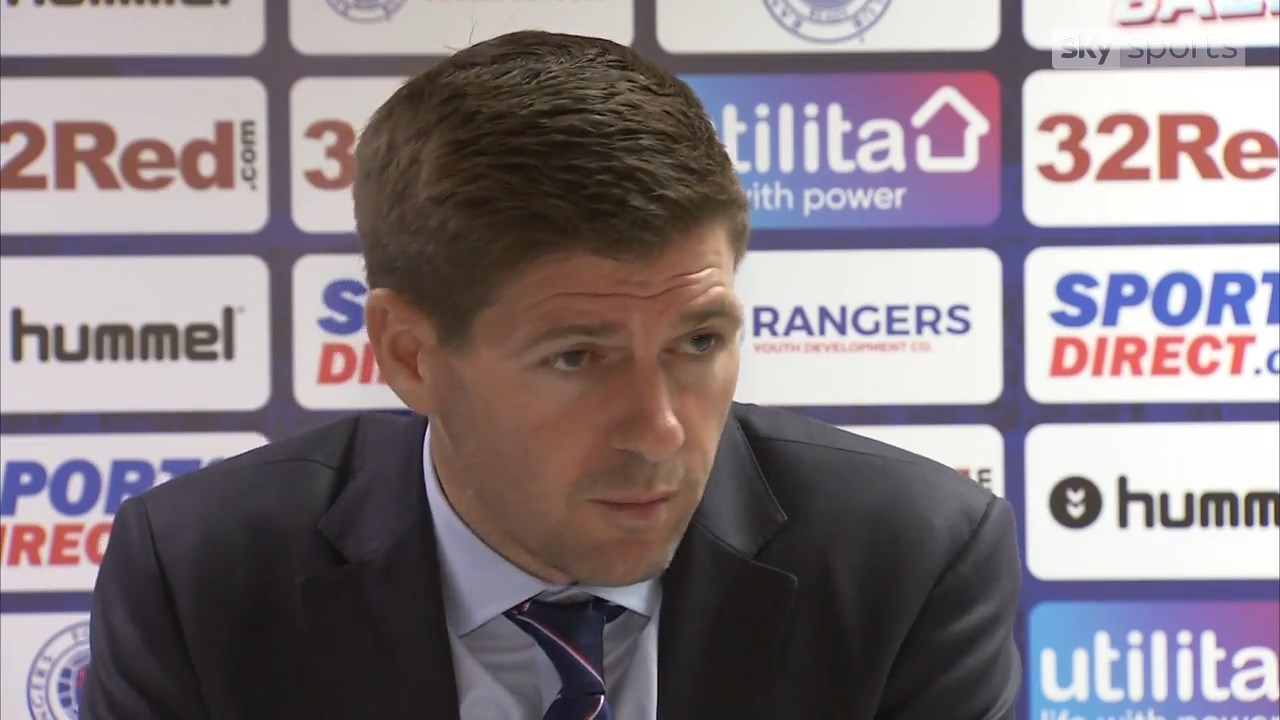 We’ve seen fans discuss this topic a lot, and while we knew about it like everyone else when Stevie said it on Sunday, we held our counsel on it regardless.

We’ve been accused of kneejerk reactions to bad results in the past, and some of that is a fair response, but we didn’t see a lot of point in aggressively criticising what was an admittedly terrible performance and result against Derek McInnes’ men – an isolated league loss is not the end of the world, but of course it does end the 10-game unbeaten target we talked about in a previous entry.

However, it was what Gerrard said in his post-media duties which fascinated us immensely – he accused the players of failing to follow his instructions, and that too many of them had bad days.

It’s not often we hear a manager state this, that his players did not play their part according to his letter and inferring that he had a plan to handle Aberdeen but his players didn’t carry it out.

This is interesting on a number of levels. First off – Rangers’ season-long hoodoo of horrific results against the Pittodrie side in all competitions (our previous article on the reverse hoodoo was about league results at Ibrox and the Dons’ away record) continues – while there was a decent display at Pittodrie, nevertheless the proof was in the result and it wasn’t good enough.

Secondly, since then the displays and results have crumbled against this particular side, which argues that they’re as much about Derek McInnes knowing how to deal with Steven Gerrard, just like Tommy Wright was able to handle Mark Warburton as they are anything else.

Thirdly, this accusation suggests the players barely listened to Gerrard and did not ‘run through walls’ for him. We’ve made this point about his past criticisms of the players having a counter-productive effect, and we looked at recent results and thought we might be wrong, but the Aberdeen result in isolation was a textbook example of players not listening or even really trying.

Gerrard’s accusation post-match was a rare thing indeed, and he is evidently looking for a response this weekend.

The question is why did they not carry out his orders to the letter, if that is indeed the main reason for the poor performance? Does it discredit Derek McInnes’ own tactics to suggest it – and the fact the performance was similar if not worse to the atrocity at Hampden does point to it maybe being an excuse on Sunday and a slight shifting of blame. From Gerrard himself as much as anything.

Dundee might be rooted to the bottom of the table but they’re three matches unbeaten and are off the back of a huge win over Hamilton which has given their fight for survival a real boost, so after us previously describing that match as eminently winnable, we’d urge more caution now.

Gerrard will be hoping his players listen this time…