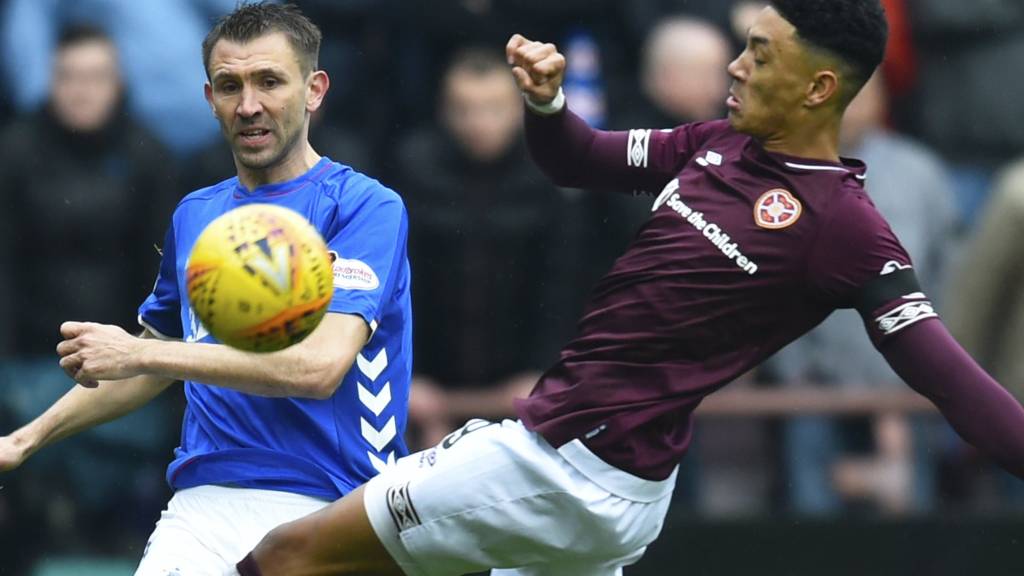 Rangers are top of the league for the first time in seven years. It’s monumental, and it was achieved the hard way at Tynecastle in an epic encounter which saw Rangers roll their sleeves up.

Ibrox Noise takes you through our ratings for another titanic result against the odds.

How is he managing to get better? An absolutely unreal save again early on broke Hearts’ hearts, and he produced a glut of good stops after that as well. Good reading of the play and leadership. We feel we can probably call this goalkeeper world class now. 10

While some of his defending was a tad suspect, his attacking play was absolutely mesmerising. His delivery in places was stunning, he nearly managed a world class free kick, and he dribbled nonchalantly through Hearts several times. Really top showing overall from Tav. 9

Extremely unfortunate own goal, but quietly led defence otherwise and while some of his range passing missed its mark, defence looked stable around him. 8

Patchy start with a few errors of judgement and occasionally being exposed, but grew into things and by deep into the second half was making telling clearances, interceptions and tackles and of course the messiest goal you’ve ever seen! An overall good showing. 8

Some errors and loss of concentration, but equally worked like a dog at closing down while helping in attack as much as he could. He’s not a left back and it shows at times, but you can’t fault his effort and he puts everything in for his team. 7

A pretty mixed performance from Lassana – did manage to win a few one to ones, and was seen working harder than lately, but also guilty of poor and cheap losses of the ball while his positioning was a bit all over the place. 6

Was putting in a great mountain of work and digging in, and then he had a crazy rush of blood to the head and got himself rightly sent off. Let himself and his club down, sadly. We love Scotty but this was a big blot on his resume. 5

A quiet match again from Ovie – the action mostly passed him by and he didn’t influence much in this one at all. 5

Wasn’t deployed as much down the left as he could have been, but what there was from the Albanian was continuing his Motherwell form. He’s a player reborn – and the confidence is showing. Worked well to track back as well as cause danger for Hearts, but we do feel he was a little underused by his team mates. 7

A much more dangerous outing from Candeias than his ill-fated showing against Villarreal – he might not always have had the right final ball but he was a threat down the right and used his pace well – he caused problems. 7

He’s such a pain in the neck to opponents (and occasionally his own team) but you can’t fault the trouble he causes and the work he puts in. Sure, his composure on these big occasions is absolutely horrific at times (three easy chances to bury it and he sclaffed the lot) but somehow he gets the job done. His goal was offside and a deflection, but who cares, it won us the match and put us top of the league. It’s almost amusing watching his value rise and fall during individual matches. A real character. 8

Actually a subdued cameo from Jack – didn’t really get involved as much as he probably could have. 5

A very good brief shift from the forgotten McCrorie who’s been a fringe player in recent times – fine game management late on to help his team. 6

Did nothing beyond late game management which, frankly, was fine. 5

The usual unpredictable selection (although we got three of the changes correct) and the usual disbelief from most quarters at seeing Coulibaly start, but the dropping of Middleton was needed and he ultimately got the defence spot on too. He’s gone to Tynecastle and put us top of the league, and his subs mostly worked too. We can’t really fault how this one went, and again, he’ll be delighted with the response to the red card. 9