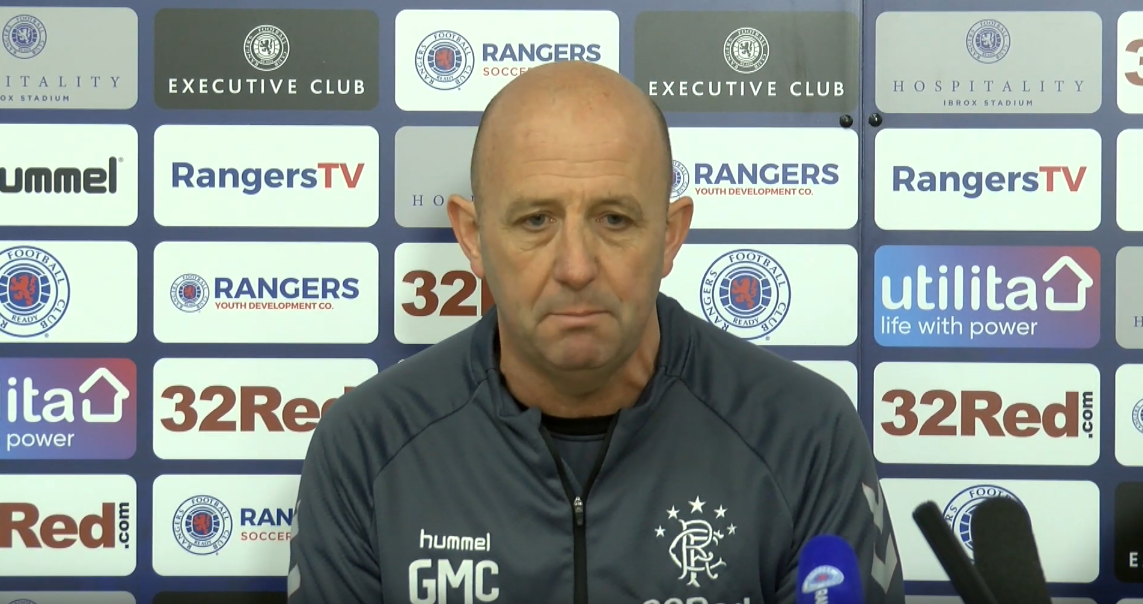 Rangers assistant manager Gary McAllister revealed today that Steven Gerrard’s men could be facing St Johnstone without three key players in a huge blow which will clearly weaken the side.

Following Wednesday’s full-blooded affair in Edinburgh, Scott Arfield, Gareth McAuley and Connor Goldson are all struggling for fitness and may have to miss the visit of Tommy Wright’s seventh-placed side which would evidently be a big hole for the squad to fill.

Arfield had to be hooked at half time with a calf strain, Goldson scraped through to full time after several blows and McAuley was hauled off on 60 minutes with a thigh problem.

All of this could mean wholesale changes and recalls especially for both Nikola Katic and Joe Worrall at the back.

The defence had just started looking slightly settled and these injuries are desperately untimely – with Gerrard suggesting Katic is out of form as well, relying on him now would be a very surreal move.

Hopefully all three make it for the weekend but we’re not too optimisic.