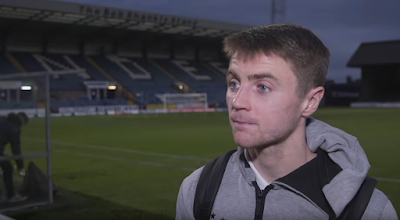 The sudden pressure at Ibrox, ramping since two bad results in a row, has not been helped after fans reacted with fury over captain James Tavernier’s no-show for media duties post-match at Dens Park yesterday.

Midfielder Jordan Rossiter appeared in front of the cameras to apologise for the travesty on the turf which preceded him, but it was the captain’s absence again from any kind of similar activity which riled fans up even more.

We’ve covered Tavernier’s complete unsuitability for the armband many times, and called it out as an error – as regular readers will know, we’ve also proposed it was a ploy to hike his value and get a big bid for him, which nearly worked following West Brom’s circa £3M bid last summer.

But now it serves no purpose and Steven Gerrard has been left with a captain completely unsuited – and Jordan Rossiter had to apologise on the players’ behalves instead.

It’s not the first time Rossiter has done media work following a bad result, and the youngster has had the dignity and humility to show respect to the supporters by apologising – meanwhile his captain is now gaining a reputation as a shirker, a leader who won’t lead when the flak comes and refuses to talk publicly when the chips are down.

He spoke of the honour of being Rangers captain, and then he got even more buttered up with a wage rise and contract extension.

Well, he’s certainly not being a Rangers captain by any sense of the role, and fans have often pointed out he only appears in the media after a win or for very rare press conferences.

And that’s not washing with anyone.