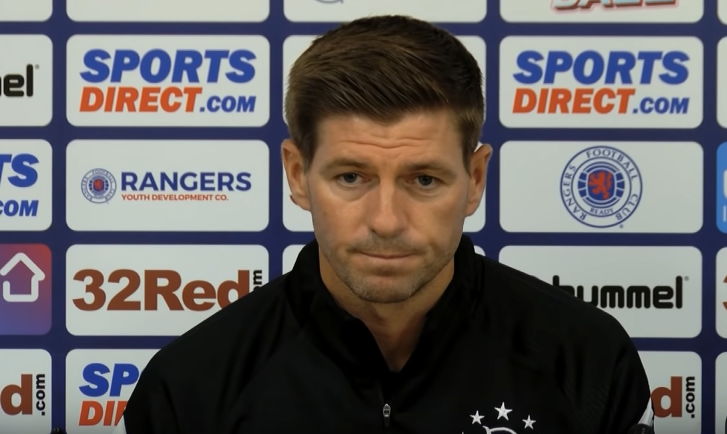 Ok, we’ve been promising this piece for a while now, despite effectively covering the topic more than once.

We call it “The Great Joe Worrall and Nikola Katic Chaos”. Rolls off the tongue a little, right?

More and more of our readers are wound up by the repeated presence of Worrall in Steven Gerrard’s XI these days and aren’t afraid to bring it up with us.

So here we are.

Let’s look at the known facts – Steven Gerrard’s first announcement as Rangers manager was that he’d shore up the defence. And indeed three of the earliest signings were Allan McGregor, Connor Goldson and Nikola Katic.

He definitely sorted out our goalkeeper, and in an EPL-standard defender and Croatian international, appeared to have fixed the back too.

Proof, though, was in the pudding. And they delivered. Eight goals conceded in 14 matches in ALL competitions. Including eight Europa League legs.

New loan signing Joe Worrall was then inexplicably introduced for the trip to Spain. Now, it would be wrong to say the goals conceded have started flowing – but the results and performances have drained.

And fans are at a loss to understand why he’s partnering Goldson now.

Katic was not perfect – he’s a 21-year old stopper learning his trade still – defence requires much more learning and tutoring than other positions, given it’s the most crucial part of the team. But he put his body into the hurt, he defended doggedly, and he did the brute force stuff leaving Goldson to do the composed side of rearguard action.

In short, it was a duo that worked – Katic made some mistakes, but had firmly established himself as a fan-favourite.

Joe Worrall has been first choice since that journey to Villarreal – that’s nine matches now, including the one time he paired with Katic v Ayr and obviously excluding Hamilton. And Katic has been peripheral bar the inexplicable start on 3G at aforementioned New Douglas Park, where he had a nightmare on a surface he has publicly decried.

Worrall has never been favoured by supporters, with a loose, Karl Svensson-esque style of not looking like a defender we can trust.

There is a part of us which wonders if there’s been a fallout between Katic and Gerrard, and there’s a further very dodgy theory we have but we’ll not go public with that one.

Either way, it’s in Rangers’ best interests to have our best defenders in. And we’d be surprised if anyone thinks Worrall is one of them.