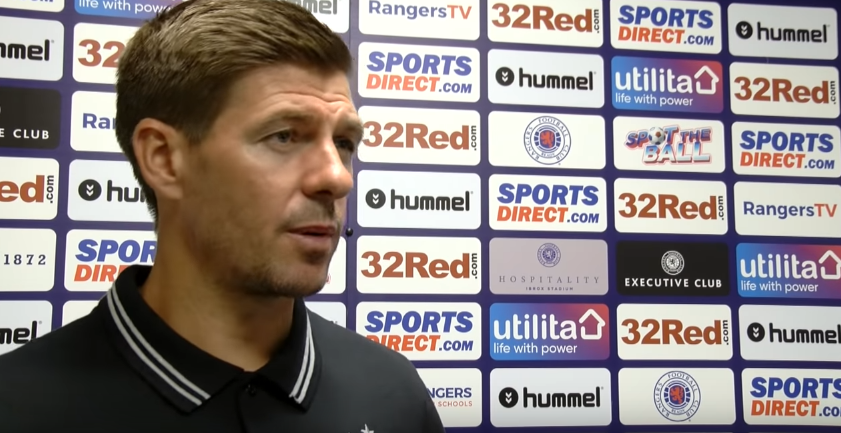 When Rangers fans saw Jordan Rossiter in the XI for the trip to Hamilton, to say reaction was stunned is an understatement. Not only was he coming in from the cold, but it was a 3G pitch which are notorious especially for fragile glass like the Scouser. He’s managed to maintain fitness since then and we think it might actually be the longest run in the squad he’s had now.

However, not to outdo himself, Steven Gerrard then stunned fans yet again domestically (Spartak had been midweek and mercifully featured none of this) by selecting out-of-favour Umar Sadiq for the trip to Hampden – it had mixed results, but the simple selection of the joke figure left supporters scratching their heads and inspiring many a meme.

He wasn’t done there. When Rangers faced Kilmarnock for the next terrestrial match, fans were staggered by the sight of Wes Foderingham in the home goal. Many assumed because McGregor got the semi-final call Foderingham was being given his turn. Who knows.

And then, yesterday, episode four in the ‘stunning selection shocker’ series continued as Eros Grezda inexplicably started in Paisley. And proceeded to have a pretty poor match to say the least.

We’re not quite sure what exactly is going on to see all these bizarre starts, but while we were all for seeing changes (credit to Gerrard for dropping the currently-poor Coulibaly) we can’t quite fathom why previously out of the cold players are being selected to start.

No hint of blooding them into the match environment by bringing them on as a sub for a few matches, and getting that fitness up. No, straight in, and in most cases they have not thrived on it.

Yesterday Gerrard realised his error and hooked Grezda off for the match winner Candeias, but we’re at a loss as to why he, Wes, Rossiter etc are coming straight in from the cold and in most cases struggling.

We are absolutely in favour of dropping out of form players, as SG clearly did with the Malian, but we’re not so sure on the random selection of players who clearly aren’t match fit.