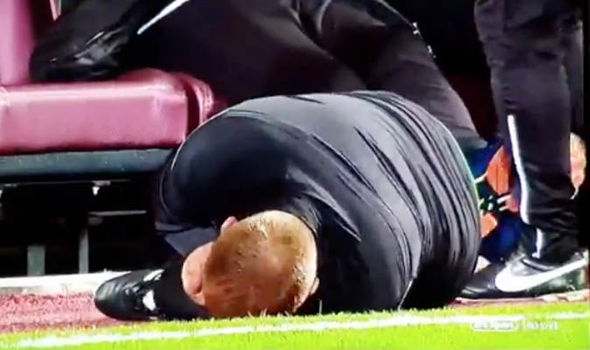 A lot of readers have raised the coin incident from the weekend with us. It comes fast after the similar disgrace at Tynecastle.

And we have to look at ourselves and ask why this is happening.

True, this shameful activity has always been a problem – it’s the very reason Old Firm games no longer start a minute later than 12:30 in the afternoon now, and are often even earlier. We all know the deep-lying social reason for this so we shan’t discuss it here, but seeing such crude and vile acts rearing their ugly heads again has left a sinking feeling in the stomach and a horrid taste in the mouth.

To sum up – at Tynecastle Neil Lennon was struck by a coin as he goaded the home fans. Let’s be clear – he goaded them, badly, and then played the victim as if he was a complete innocent. He wasn’t, and never has been an innocent – so in no way will we defend the many acts of provocation he’s committed over the years.

However, whoever that moron who threw the coin at him was is a product of what is endemically wrong with society today – bitterness and hate and the worryingly growing desire to hurt people caused in part by political developments both here and elsewhere. Society is horribly fractured by its differing beliefs.

Then it happened at St Mirren – Morelos was similarly struck by some ned who wanted to look cool in front of his mates.

There’s no condoning these acts – despite Lennon’s feisty nature, no one should have any defence of the idiot who threw the coin, and while Morelos wound up the home fans by running to them and similarly goading them, anyone justifying the throwing of a missile at him needs to re-evaluate their morals and ethics.

Let’s be clear – both of them were guilty of provocation – but respond in kind – gesture, swear. It’s a sport. Throwing projectiles and trying to harm the player or manager is completely unacceptable.

Fans give these guys stick the entire match – keep doing that, it’s what football is about. They’re going to respond themselves now and then. But throwing objects at them which could cause serious injury is a direction we must not go in.

Or have we already…