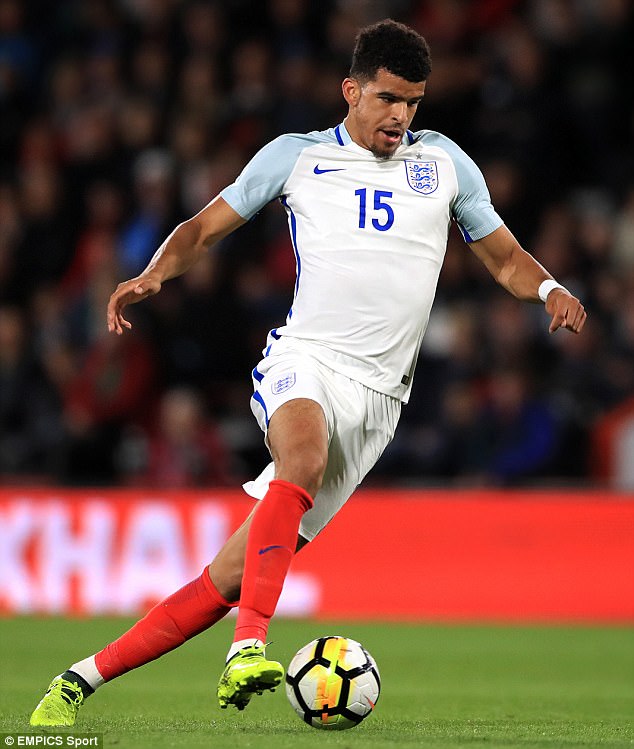 Ok we thought it was about time we discussed this one, as the name has been resurfacing again both online, from sources, and even in the press.

According to the wire, Rangers are to make serious moves in January to secure a loan deal for Liverpool striker Dominic Solanke, with the 21-year old England cap completely out of favour at Anfield and struggling to get game time even with the youths.

He did manage a place on the bench in the league cup loss v Chelsea, but otherwise Solanke is one Steven Gerrard is said to really be interested in trying to secure initially till the end of the season.

The Sun claims he faces strong competition from Crystal Palace and West Ham, which are obviously two Premier League sides, but could the lure of game time and the management of Gerrard be strong enough to make Solanke come north instead.

The Gerrard factor probably hasn’t been quite as box office in terms of incoming as perhaps fans expected, with a number of key summer targets choosing elsewhere such as Harry Wilson, but nevertheless the rules do change a touch in January.

Solanke has been on Rangers’ radar for a very long time now, but like Ryan Kent and Harry Wilson, struggles to make any impression on Liverpool’s world-famous forward line – question is would Palace or West Ham be more likely to pick him? If Harry Wilson couldn’t even get a loan deal to an EPL side, we’d be surprised if Solanke could.

Nevertheless, the talented striker is at an age now he needs to start making an impact, and if Rangers and Steven Gerrard do take their interest in him further, he may just be tempted to make the switch.