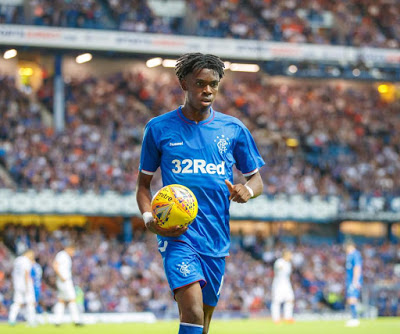 In a candid, honest, and refreshing testimony, Ovie Ejaria has admitted his goals and assists haven’t been good enough, and he is working hard to improve all aspects of his game.

The on-loan Liverpool man was brought in as a creative playmaker, but has scored just twice and failed to make any assists at all in 22 matches – but is well aware of the expectations on him and has the innate desire to improve those statistics.

“I’m quite happy with my performances so far, but I want to be scoring more goals and getting more assists which I am working on every day in training. I’m getting close and I just want to keep trying and hopefully one of them will go in and I’m looking forward to it.”

His performances have indeed improved over the weeks, following an inauspicious start to life at Ibrox, but the 20-year old attacker, who previously considered himself a goalscoring midfielder, has struggled to hurt the opposition goal in either assists or strikes.

There was a hint of improvement against St Mirren where we counted at least two excellent through balls which showed vision on his part, but he will need to do more if he is finally to become the lockpick he is threatening to be.