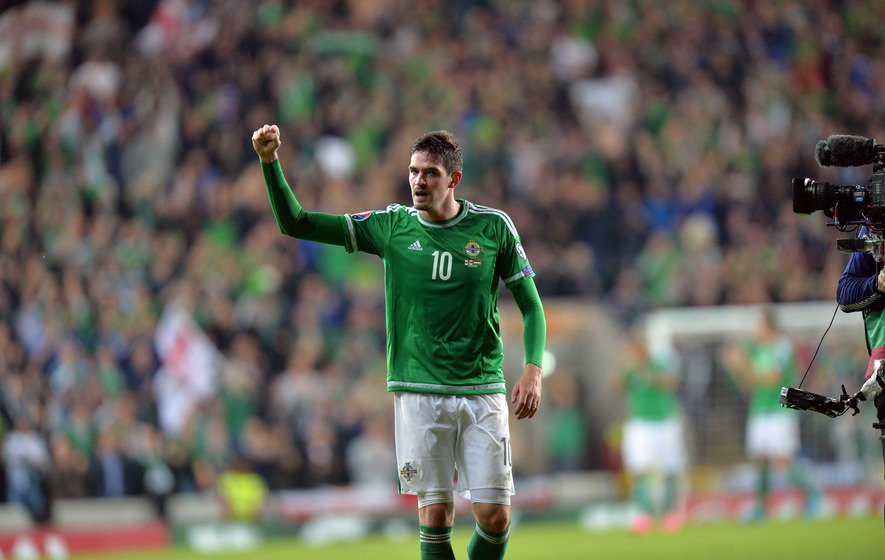 Remember the Kyle Lafferty saga of the recent international break where Northern Ireland manager Michael O’Neill was just in his anger over the Rangers striker’s late withdrawal? Seems so long ago now, and we covered the whole sordid tale at the time, but O’Neill has confirmed the whole thing is done after the ex-Hearts man apologised and has now been confirmed as back in the national squad.

Lafferty had been told his future with his country was in doubt in some slightly hysterical overreaction to his admittedly poor conduct, and after O’Neill said they’d need a talk, it appears they have had one, and Lafferty has said sorry for his ‘error of judgement’.

We know Lafferty is daft as a brush, and has made a few poor calls in his time, so he does have previous for this.

But equally, MON’s call to embrace him back to the international fold does feel a touch like the whole thing was a mountain out of a molehill.

Kyle did the right thing saying sorry – not just to get back into his country’s NT, but because it was morally right. He made a mistake and he’s said sorry.

We do feel his manager’s threats were a bit empty though, because Ulster don’t exactly have a lot of great options up top – and while Lafferty’s international form hasn’t been great of late, he is still the best player the squad has aside Davis and Jordan Jones, and is certainly by far the best striker.