Home Rangers Exposed: the truth as to why Steven Gerrard is picking Joe Worrall

As Rangers fans are aware, there’s a bit of a split among fans about the merits of Joe Worrall’s selection over fan-favourite Nikola Katic.

The Croatian was a huge hit with supporters for his heart and desire, while being able to actually defend a bit, but the Forest lad came in instead and took his place, seemingly inexplicably.

Ibrox Noise among others has protested this call, but some new information from our friends at the Rangers Report may shed some light on just why Steven Gerrard has made this decision.

On the face of it, Worrall doesn’t seem like the better option, but when statistical analysis is brought in, the Englishman suddenly looks a much better fit. 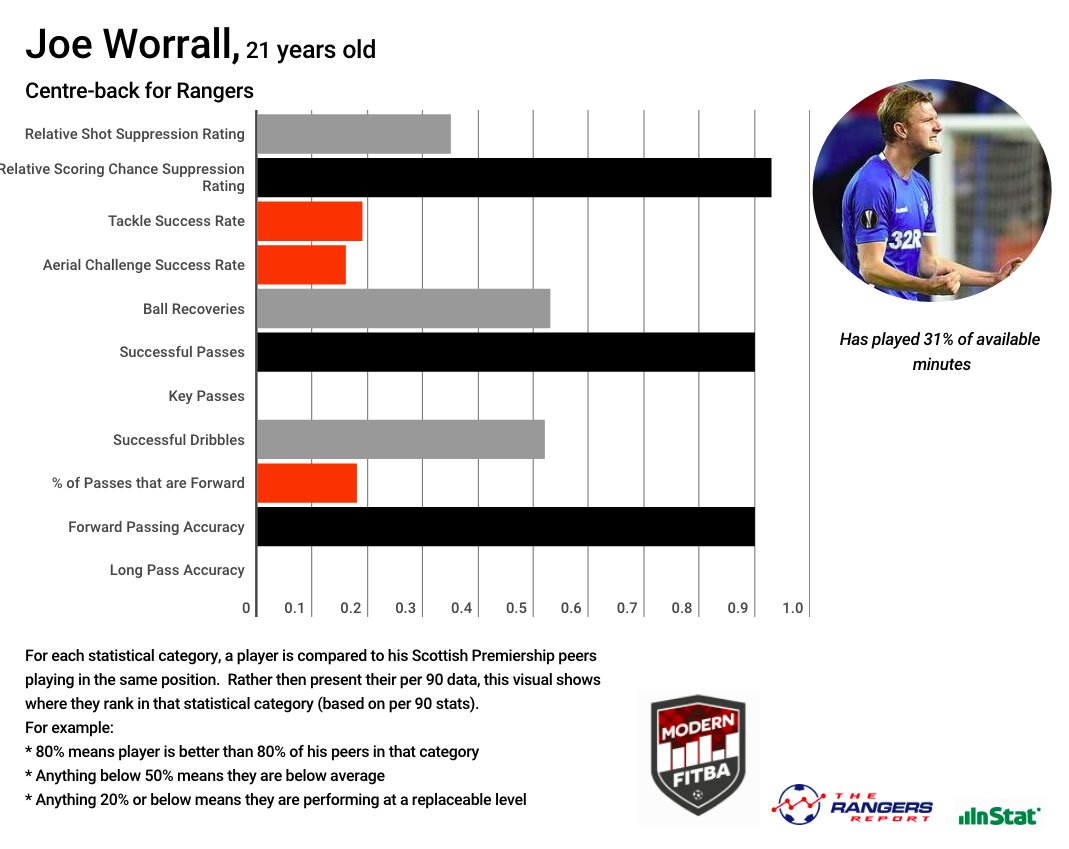 And here are Katic’s: 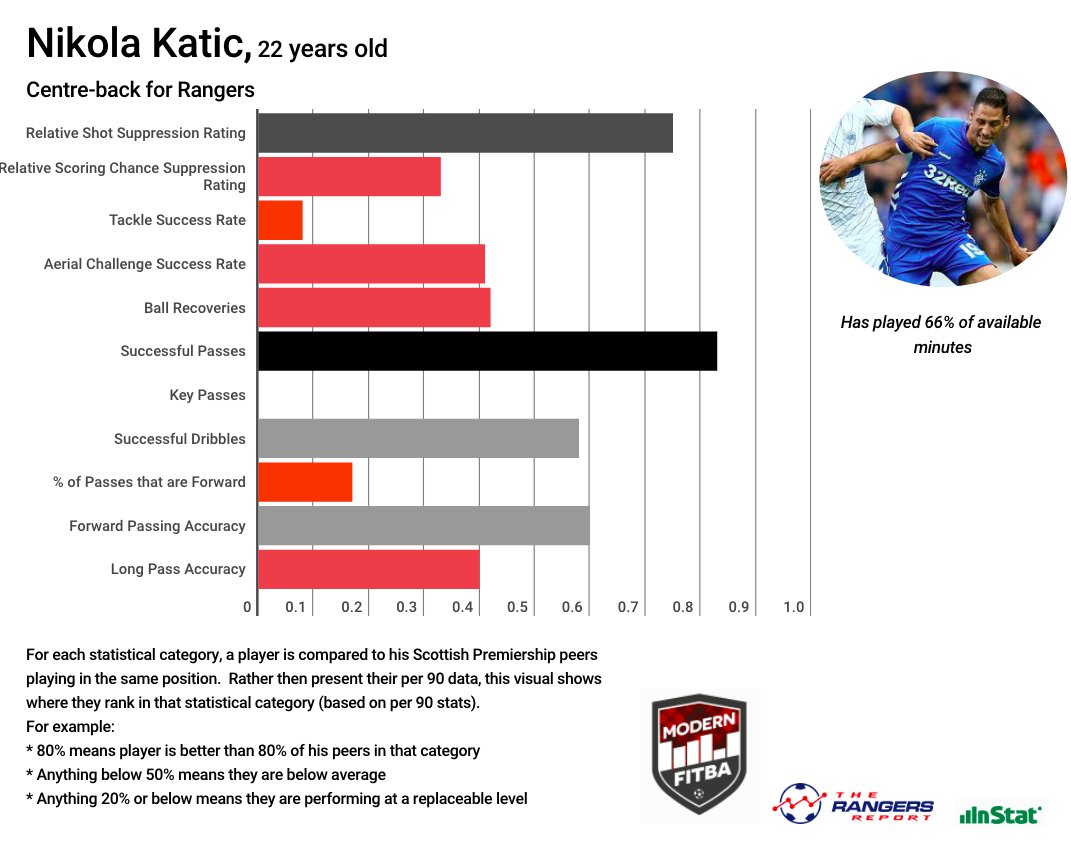 The ones to look out for, for now, are shot and scoring chance suppression and ball recoveries – aka – how often did they block a shot and how well did they intercept.

Katic sits at 75% for shot suppression, which isn’t bad, right? However, his rating at scoring chance is barely over 30%.

Now look at Worrall. Just 35% for shot suppression but a superb 93% for scoring chance.

In other words, Katic gets in more shot blocks in general, but when it comes to the critical moments which are much more threatening, Worrall is almost perfect.

Then we look at ball recoveries.

Worrall sits at 53% while Katic is barely over 40%. In other words, the loanee gets the ball back more than Katic does.

The next stat we’ll look at is passing. Worrall has a reputation for being a lousy passer of the ball, so do the stats back this up?

82% for successful passes for Katic, but absolutely no key ones. 90% for Worrall in passing and similarly no key ones, but that 90% does pour cold water over the idea he can’t pass.

Indeed, the one significant area Katic wins out in is aerially, with a 41% score to Worrall’s meagre 16%. Not surprising given his height and frame and his admission on joining that that was what he liked to do.

And for the tackle success rate? Neither excels. Worrall is around about the 20% mark where Katic actually stinks with an 8% success.

There is a fundamental truth that Katic is more likeable – he wants to be here, he gives everything, and he’s our own player. Worrall doesn’t want to be here, is only on loan and will return to Forest next summer.

But the actual statistical analysis of their performances (and there’s a few more in there you’ll notice too) suggests that despite what we think, Gerrard is currently going with the better overall defender.

Maybe he really does know more about football than the rest of us!