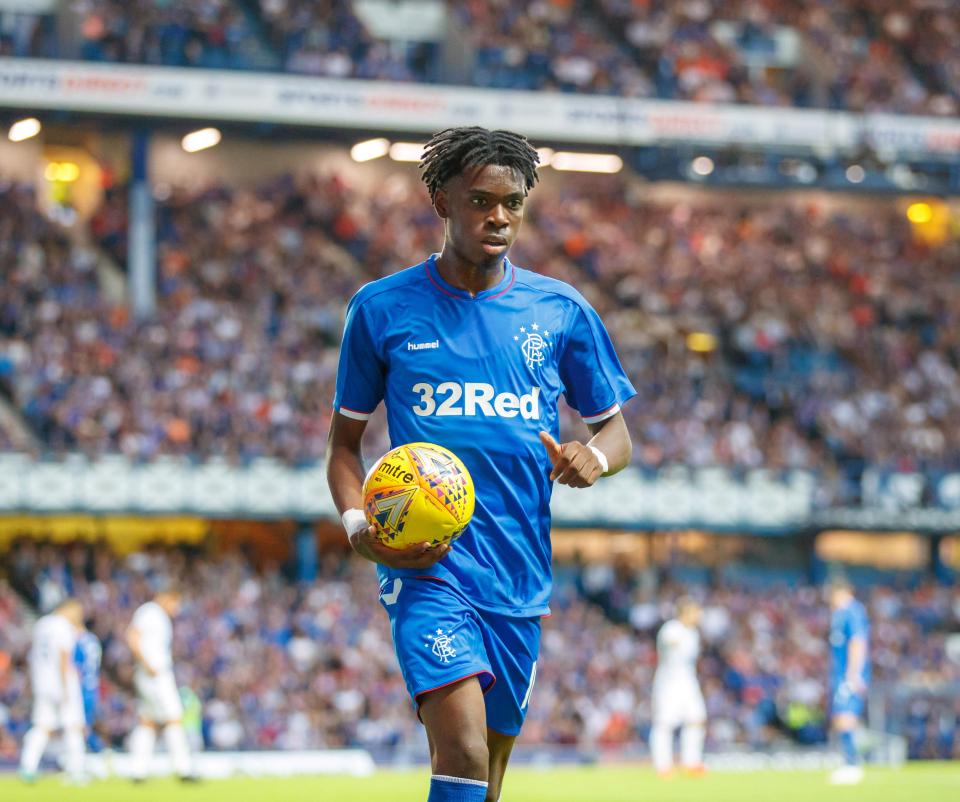 Rangers’ midfield playmaker Ovie Ejaria has made the curious admission that he now struggles to define his own game and couldn’t compare his style to any other well-known world player.

The lynchpin of Rangers’ engine room was outstanding against Spartak and while quieter against Aberdeen, still had a decent enough afternoon, but his position has been an issue of contention among some sections of the Rangers support.

While he theoretically seems to be a creative playmaker, he struggles to have the vision and intelligence to set chances up, having managed zero assists the entire season, which is painful viewing for such a position.

Equally his game has been more focused deeper in midfield recently, with an impressive amount of defensive work and intercepts, but then aren’t Ryan Jack and Lassana Coulibaly in there for that?

Perhaps he’s a central midfielder, and does a sterling amount of work retaining the ball, but he needs to be able to produce more going forward if that’s his position.

“I’m not even too sure to be honest (who I compare myself to), I play like myself.”

However, in an interview two years ago Ejaria said:

“I’m a No.8 or a No.10. I have always played in the middle of the pitch. I would certainly describe myself more as an attacking midfielder, a No.8 or a No.10. (Goalscoring) is certainly something that I’ve tried to work on over the past two years or so, and as those two years have gone on it’s becoming better. I’ve been scoring more goals so hopefully I can keep that going.”

Admittedly he is, as mentioned, a mere 20 now, but even at his age and younger players already have a style in mind that they like or a player they admire and aspire to, where Ejaria appears to have little idea what kind of a player he actually is at this point, despite what he said two years ago.

And his poor assists record and mere two goals in 20 for Rangers suggests goalscoring isn’t his forte either.

He definitely has talent, but we can’t say he’s grown into his role as honestly, if he doesn’t know what that is, how can we?

One to work on, we suppose!