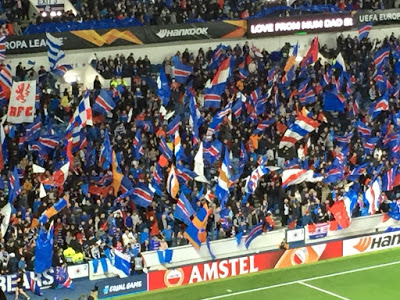 Last night’s stunning result against Austrian giants Rapid Vienna truly was the return to Ibrox of massive European nights, at a stadium more than befitting of the occasion. 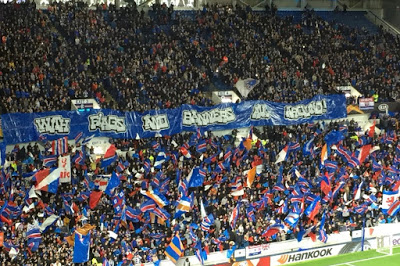 Ibrox Noise’s very own Scott Kavanagh was one of the many Bears in attendance and like almost 50,000 others was blown away by an incredible night of Europa League action, and, ultimately, glory.

As you can see from his excellent shots, the Union Bears were giving it their usual laldy and if there’s one thing the site has always admired about the UB, on top of the atmosphere they create, it’s their displays. 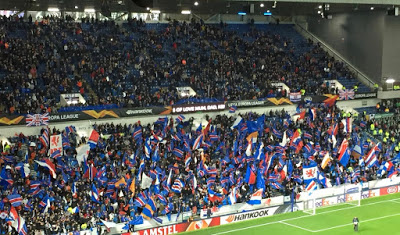 This of course was the first time such European group action has been in Govan for the lion’s share of a decade, so Rangers’ ultras were most definitely in place to deliver a display and performance worthy of the occasion. 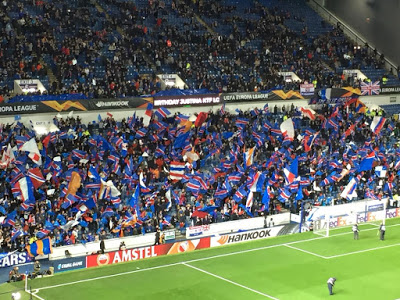 Going by the pics Scott captured, we’d say they nailed it.