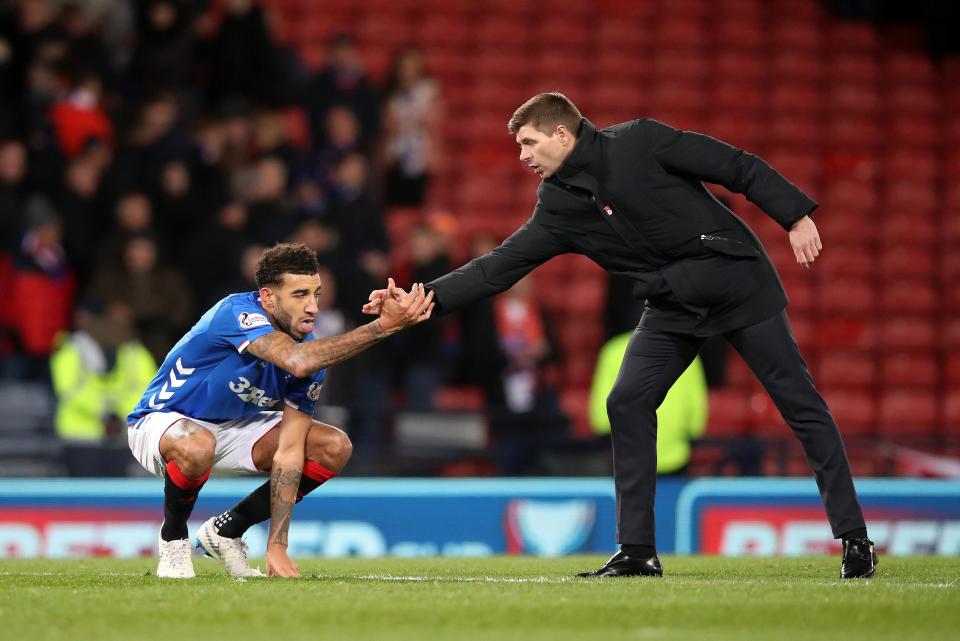 Reaction to yesterday’s meek loss at Hampden has once again led to a lot of soul searching from a great number of Rangers fans. As we did say recently, we cherish where we are now (European nights etc) compared with where we were, but such appreciation doesn’t make a result and performance like that easier to tolerate.

We do have a sense of perspective – it does still remain a work in progress, and our manager similarly remains a rookie on the job. Indeed, he has exceeded certain expectations by a mile and has restored a sense of pride we appeared to lose not even that long ago.

However, we must also call things as they are, as opposed to just looking at the greater picture – there have been a significant number of absolutely diabolical performances this season – let’s not forget it was the worst league start this club has suffered in 29 years, and all good feeling we have about having Stevie Gerrard as manager and a noticeably higher calibre of player must be factored with what they have achieved in mind.

The manner of yesterday’s capitulation at the hands of Aberdeen was, in a word, depressing.

Yes, it’s not the worst performance Rangers have ever delivered but it was symptomatic of an alarming increasing mental block away from home.

While we did manage a fortuitous win against Hamilton, the good feeling of those stunning wins against Rapid and Hearts do feel a bit distant after a disappointing point against Spartak, that ‘lucky’ win at New Douglas Park and now this weak performance against a side we should have been able to match.

A great number of fans are blaming the manager, but while we sure don’t have him as the innocent party (his subs were late and wrong) we must remember he had to rely on Umar Sadiq as his only functioning striker. In fairness to the Nigerian, a few offsides and dive aside, he actually had a better night than the hysterical overreaction we’re seeing to his display. Even a few of us on the site are divided over his merits. So we can tell he’s going to cause an argument or two!

But regardless, Gerrard’s hands were tied with the loss of two strikers, so it wasn’t even like he had a plan B alternative formation he could deploy for this match.

He could have changed the shape (albeit every other shape has failed this season), but this wasn’t a question of formation – it was a question of Gerrard not getting the most out of his men, while they mostly bottled the occasion.

In other words, the usual away day blues. Of course this was a neutral venue, so not explicitly an ‘away day’ – but there is little doubt of the hangup Rangers clearly have when they don’t play at Ibrox.

All season there’s been about three half decent displays away from home – Kilmarnock, after a slow start, a professional show and win in Croatia (our best away display and result by a mile this season) and that draw in Russia with 9 men.

The rest, in all honesty, have been pretty weak and the home form, which has been excellent, is what is saving this season so far from being painful.

We have to balance up both sides of this – we don’t see it as doom and gloom, but neither are we inspired. We love the brilliant results and displays when they happen at Ibrox, but we here at the Noise sadly predicted the morale crashing back down given all the away matches we’ve had to face recently.

It’s a work in progress, but we’re now basically into November and at some point fifth in the table, and out of the cup will certainly become more noticeable and prominent.

It’s not the apocalypse, but neither is it the new age.

It’s a bumpy road and it’s going to continue to give us pain and pleasure in equal measure.