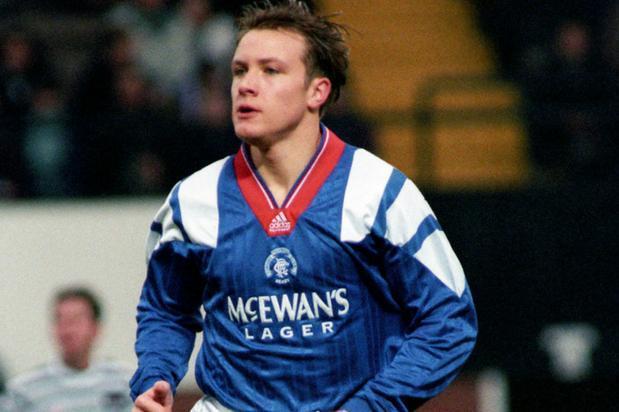 Rangers have confirmed today that a benefit match for former youth (and senior) midfielder David Hagen will be staged at the Falkirk Stadium and will feature a Rangers XI comprised of the Development squad as well as youth teams from both the Bairns and Hagen’s other ex-side Hearts, as a result of the 45-year old’s tragic diagnosis of Motor Neurone Disease.

Rangers fans know only too well the pain this awful illness can cause, for not only will hundreds or thousands of our fans, their families or friends have been afflicted, but the high-profile case of Fernando Ricksen, who has brought more awareness to the disease.

The match for Hagen, arranged to help with funding and support for the care he now needs, will be on the 21st of October at the aforementioned Falkirk Stadium at £10 for adults and £5 for the U16s.

Hagen played for Rangers from his youth days until breaking into the seniors at 19 years of age under Walter Smith during which he played a very healthy 20 matches over the course of a few seasons before making his real splash into football with Falkirk following a brief single season spell with Hearts.

A good turnout for the benefit match, which kicks off at 16:00 on the Sunday, would go a long way to giving Hagen and his family some reassurance and financial support at the time they need it most.

There is, also, a Rangers Former Players Benevolent Club justgiving page which has generated up to £2000 at the time of writing, and that can be found here:

We urge fans of all three of the clubs and indeed anyone else interested in a worthy cause to make their way to the ground on the day, with pay at the gate being the ticketing system, and if they can’t, chip into the electronic donations system.