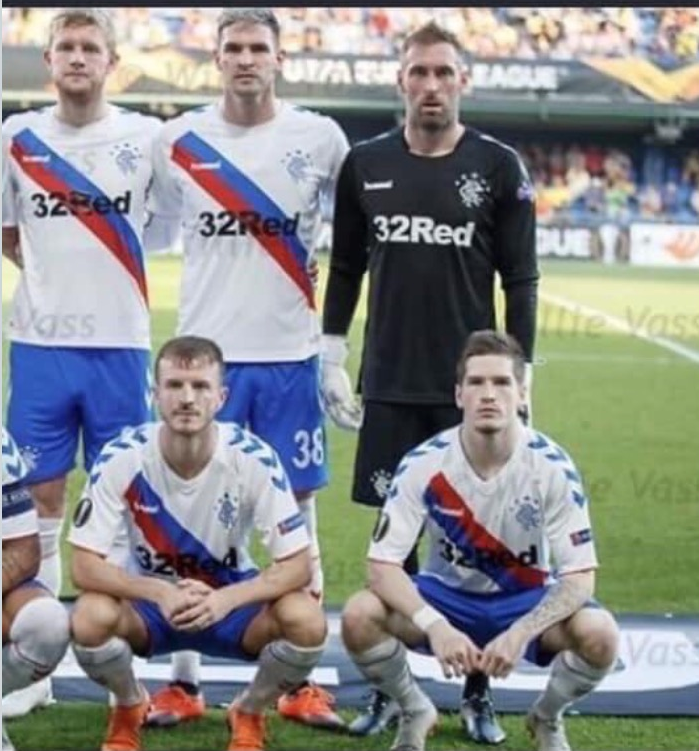 The on-loan Anfield winger put in an ultimately decent shift for the travelling fans and was withdrawn later on for Glenn Middleton’s explosive cameo, but it was this photo before kick off which has got fans bewildered and the evidence on offer by club photographer Willie Vass shows the Rangers’ shirt fiasco continues to be in complete disarray and may now be affecting production of kits for the players themselves.

As we all know, the away shirt this year features a red and blue sash… sorry, stripe, and has been worn on a few occasions on our travels this season.

Alas due to a comical and rather amateur mix up by Hummel, the kit for this match for Kent had the colours the wrong way around, with the blue being first followed mistakenly by the red.

It’s perhaps not the most obvious of mistakes, but it is a subtle one and hints at the underlying problems Rangers (and others) have had with making Hummel their kit partner this season.

There is also a suspicion that the sponsorship on Joe Worrall’s kit is messed up too, but hopefully that’s just a ‘trick of the light’.

Thankfully Rangers’ performance on the night wasn’t back to front as well.