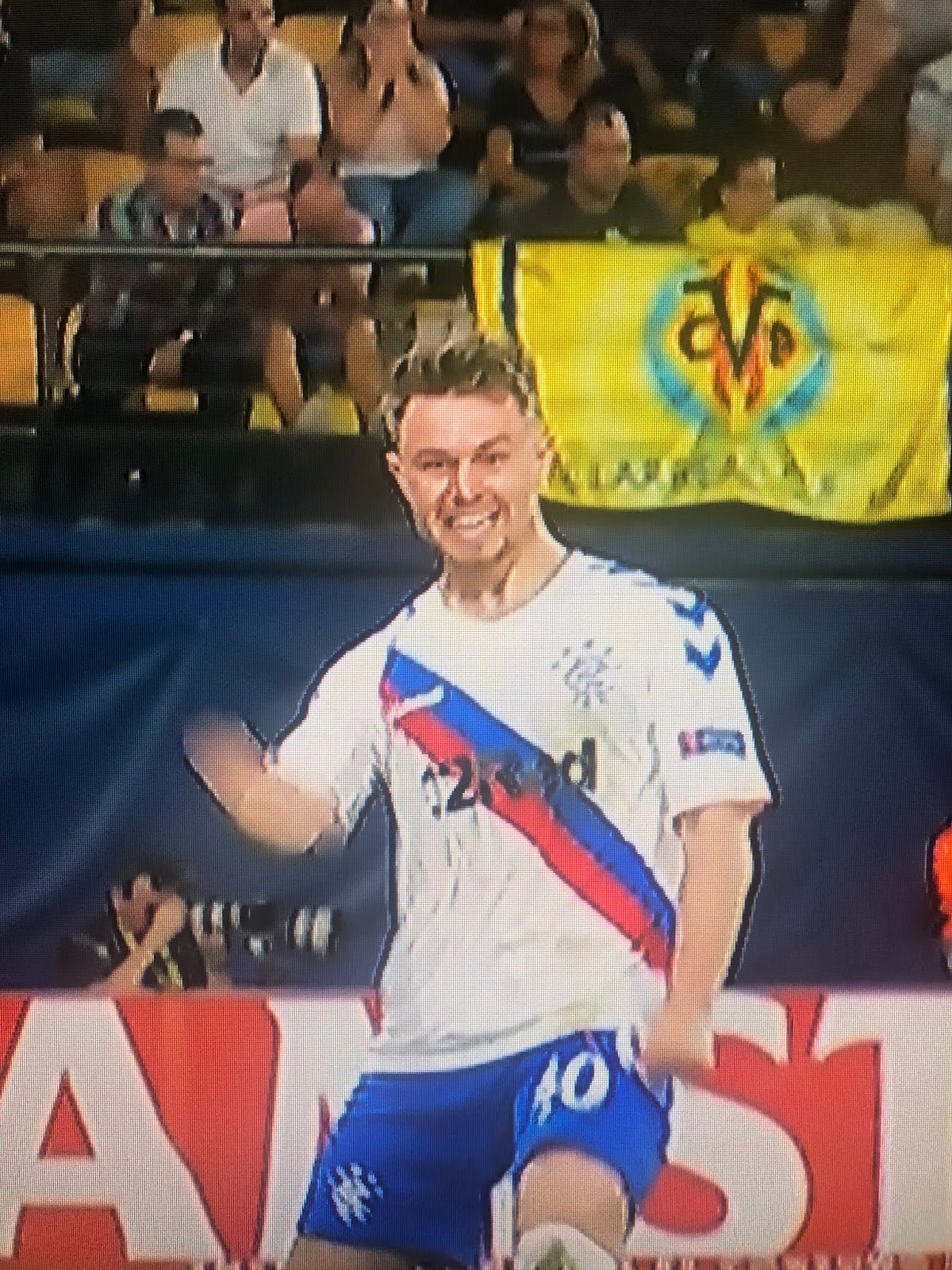 This image is some indication of the stunning night in Spain Rangers just endured, and lived through to win a critical and completely unexpected point in Villarreal.

Glenn Middleton, whose appearance in the second half changed the match, can clearly be seen with unbridled joy on his face having brilliantly assisted for Kyle Lafferty’s first-ever European goal, and the celebrations will go on through the night for such a hard-fought and completely unpredicted point at a tough venue.

Rangers, after Carlos Bacca’s staggering opening goal on 45 seconds, would have taken an honourable loss before the opening minute was out, but through perseverance and an outstanding second half, created a superb point which gets our European campaign up and running wonderfully.

There is much to digest on, much to chew on, but that is for later.

For now, let’s soak in a truly marvellous result on the night when we expected absolutely nothing.