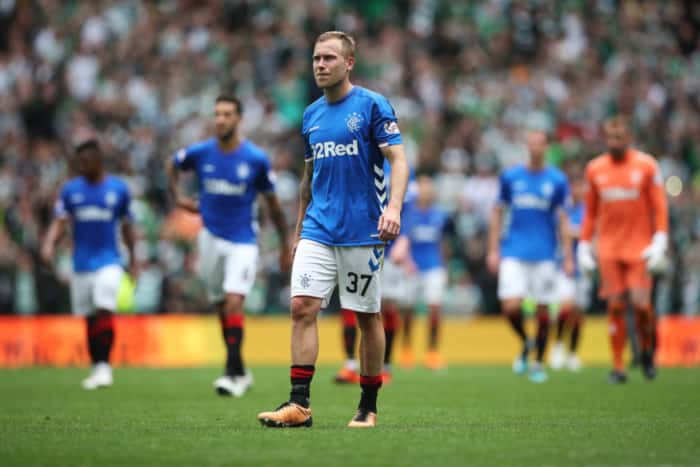 A great number of Rangers fans quite simply weren’t born in 1989, the majority in fact.

Yours truly remembers the season well – the Berlin Wall came down, but in Glasgow the signing of Maurice Johnston was a lot bigger. Seismic in fact. However, Rangers’ season that year had a truly diabolical start – two losses (St Mirren and Hibs), one draw (Celtic) and it wasn’t till the fourth match a victory finally arrived.

Older Bears will remember that opener at Ibrox well, St Mirren’s Kenny McDowall (remember him) injuring Chris Woods, bundling the ball over the line before taking all two points, where Graeme Souness’ Rangers then travelled to Easter Road and Mickey Weir smacked in an edge of the box grass cutter to make it 2-0 and Rangers were in dire straits.

The third match, a trip to Parkhead, had a great deal riding on it – Celtic top, Rangers rock bottom (one off the only times in history this has ever happened), and Celtic the only side with a hundred percent record. The big moment in that one saw Terry Butcher rise like a colossus from a Trevor Steven corner and head home. The celebration was huge and Rangers finally got going with a well-earned point.

Why the history lesson? Because as Chris Sutton has reminded us, the loss at Parkhead makes this presently the worst start to a Rangers season since that fateful one in ’89, which of course, still led to Rangers winning the league for 2IAR.

It’s hard to sum up where Rangers are right now.

We still remain hopeful of our overall season prospects. About 90% of Gerrard’s management has been excellent so far and we must remain calm with that in perspective before making any rash conclusions about what the result at Parkhead meant. We’ve made the UEL group stage, not lost a match till now, and still only conceded barely a handful of goals this entire campaign.

However, what is abundantly clear is just how agonisingly poor this Rangers performance actually was for its own part. Celtic were decent, nothing great, but Rangers simply didn’t show up. Didn’t battle. Didn’t do themselves justice on any level and if we accept the point that the buck stops with the manager and they do his bidding to his letter, then we’re at a loss as to the gameplan, tactics, formation, half time team talk, and absolute palpable lack of energy.

We know there was a long trip back from Russia, and we accept that may well have had a bearing on things, while Celtic didn’t have to budge an inch from their Thursday win at the same place over their UEL opponent.

However, Gerrard’s management was at best confusing and at worst plain wrong. And we are entitled to call that however much we’ve admired him up till now – most fans appear to be of the same opinion that the performance was flat as a pancake and SG got pretty much the whole match incorrect.

There’s a caveat. Celtic do raise their game against Rangers – and Brendan Rodgers has been doing this gig a hell of a lot longer than his Ibrox counterpart. We also cannot and will not forget the otherwise excellent start Gerrard has made to his Ibrox career.

However, at this early stage, one win in four matches in the SPL is truly diabolical – even though we were clearly the better team at Pittodrie, we probably got what we deserved at Fir Park and certainly deserved no more at Parkhead.

It’s a strange domestic mixed bag – a fine result and performance at high-flying Killie can’t be forgotten either in the league cup, so it’s very difficult to sum things up.

Did Rangers take a small backwards step this weekend? It’s possible. We await 4-defeat Dundee in two weeks to make any kind of assessment as to where Gerrard’s men are. Hopefully we’ll have licked our wounds and assessed the errors of Parkhead while equally hopefully welcoming back badly missed Lassana Coulibaly.

We also, however, must offer a word on Gerrard’s nonsense post-match interview. To suggest Rangers were the better team in the second half while whining over the Jack incident (never a foul, sorry) is not what we expect. We expect him to call it as it is and not play to the galleries. He has called it fair and talked good talk up till now, we do not want to be played for fools.

He’s learning, and he’s still doing better than expected, but this was not a good day at the office for either the players or the manager and hopefully everyone will learn quickly from it.