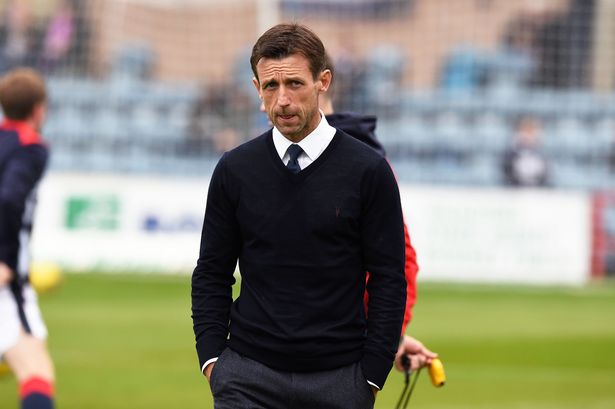 Finally, Rangers are back tomorrow with the perfect fixture following our disappointment at Parkhead two weeks ago.

An international break has passed and a tonne of injured players have seemingly recuperated in training with Jordan Rossiter, Graham Dorrans, Lassana Coulibaly and new signing Eros Grezda all either available again or dramatically closing in on fitness, while long-term absentee Lee Wallace has been more or less fit for some time and been benched (not to mention that ill-fated cameo at Fir Park) in recent weeks.

Dundee, utterly bereft of points and morale at the foot of the SPL table, are the ideal opponent for a Rangers just slightly flagging pre-break to get some good work in against – by no means cannon fodder, Neil McCann’s men will be aching to get some points on the board tomorrow and finally get their desperate campaign up and running, so Rangers should not take the wee diddy team lightly.

The Dee have only scored two goals in the opening four fixtures, but McCann, under pressure, will be looking for a big reaction from his men, and Darren O’Dea especially always seems to have a particular solid match against his favourites Glasgow Rangers.

There is of course the further subplot of Kenny Miller and we’ll cover that later today.

Josh Meekings was once linked heavily involved with a huge Celtic scandal at Hampden (remember that handball?), and that could be another intriguing one to follow.

As for Rangers, well, it’s close to a fully-fit squad for Steven Gerrard to choose from. Doubts over Kyle Lafferty following his withdrawal v Bosnia certainly persist, but hopefully the vast majority of players are available, so let’s have a look at what line up we’d like to see:

That’s right, with Flanagan banned from Villarreal next week we’d give him the outing tomorrow, and Tav’s form has continued be an issue of contention, while Ryan Kent’s recent form has earned him a start and we’d like Morelos to be dropped for this one with Lafferty starting and Grezda debuting.

We’d stick with the same CBs as they’ve had a two week rest – but the likes of Worrall and McAuley are on standby should form (continue) to dip.

And the midfield is simply the best we have – it’s a no-brainer.

Overall we’re pretty happy with that XI – with Morelos, Tavernier, Worrall, McAuley, Candeias, Middleton (close thing to starting ahead of Kent), Rossiter, Wallace, Dorrans etc etc – there is no lack of depth. Apart from up front, where we’re loathe to even consider Sadiq as an option right now, sadly.

What do you make of this lineup (not a predicted one, just the one we’d choose)?